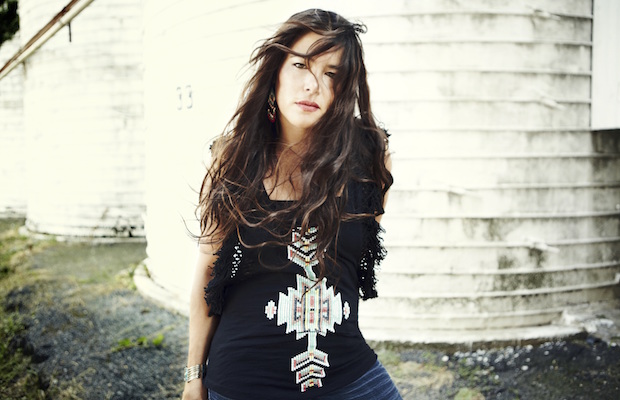 City Winery has a real nice show lined up for us TONIGHT, Nov. 10: Rachael Yamagata with Tony Lucca. Both of these singer-songwriters have been around for quite some time, both have a nice following and are gaining new fans all the time, both have ground-breaking new albums coming out, and both have had songs creep up in so many places on TV that you probably know some of them even if you don’t know the artists. You can catch these two talented singers and sample some great food and wine at the classy and comfortable City Winery. Read on to find out more about these musicians!

Rachael Yamagata is a soulful singer-songwriter living in a cabin in the woods in Woodstock, NY. She’s been compared to Bonnie Raitt and called the “troubadour of heartbreak” for her emotional truth-telling in her lyrics that captivate and sooth at the same time. Her latest album Tightrope Walker is slated to release early next year and promises to be full of surprises and her steadfast ability to penetrate humanity’s complexity concerning love and relationships.

Tony Lucca has been in the music business for most of his life by now and whether you know it or not, you have problem heard him in one of his many appearances on television through the years: as a child he was cast in The All New Mickey Mouse Show alongside Justin Timberlake, Ryan Gosling, and Britney Spears; in 2001 he was named Los Angeles’ best new singer-songwriter; and in 2012 he finished third on The Voice. Plus, he has appeared in other TV shows and his songs have been used in many more over the years. He is set to release his eighth full-length studio album, self-titled and self-produced. He is simply a master at the ballad, and a superb lyricist, musician, and singer. This should prove to be a very special show.