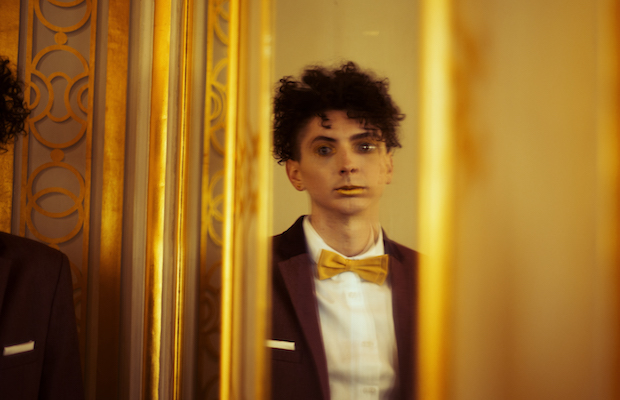 Dip into a lineup of dreamy nostalgia tonight at Mercy Lounge. Youth Lagoon is fresh off the release of his latest album and riding a wave of praise for its excellence. Not to mention, his live sets are known for being memorable. Moon King joins him, on tour for their first full-length album. The female-fronted band’s cool experimental rock is something everyone can enjoy. You can still get tickets for $15. Be sure to head out tonight, doors are at 8:00 and the show starts at 9:00; you don’t want to miss these two acts. Read below to learn more about the bands!

Youth Lagoon is the creative stage name of Trevor Powers, a musician from Boise, Idaho. The pioneering artist is signed to independent label Fat Possum Records, based out of Oxford, Mississippi. After the 2011 release of The Year of Hibernation, he caught the attention of the indie scene, especially with the explosive hit “17.”  Four years later, Powers has just released a record more serious than his two previous introspective, ambient albums. He confronts real issues in a visceral way, some songs more melancholy and others weirdly empowering, while keeping his ethereal mood. Savage Hills Ballroom brings a mature dynamic to the nostalgic musician’s work. Check out the video for “Highway Patrol Stun Gun” off the album below.

Moon King is a Toronto-based duo. They haven’t been around long, yet their sound is exceptionally established. They make dreamy pop rock that touches on a plethora of themes with powerful female-fronted vocals. The group toured Europe with Alvvays, and just released their first full-length album, Secret Life, which has gained much well-deserved buzz. Their music video for “Roswell” was just released exclusively through Noisey. Their psychedelic but poignant songs serve as the perfect opener for Youth Lagoon. This is a band you’ll want to check out before they get too big for you to. Below you can watch the music video for “Impossible” from the album and get a taste of what you’ll be experiencing tonight!