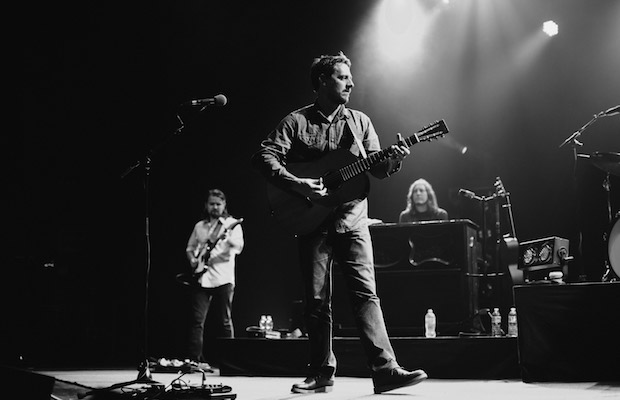 When it was announced that Sturgill Simpson would make his debut at The Ryman Auditorium earlier this year, Nashville collectively freaked out. Everyone wanted the chance to see the hometown favorite burn down the legendary stage for the first time, resulting in three straight sold out shows over the Halloween weekend.

Those lucky few who were able to snatch a ticket to his final night at the Ryman were treated to an incredible, high-energy performance that never slowed down. With a setlist that provided a mixed bag of surprising covers, deep cuts, and crowd favorites from his breakthrough album Metamodern Sounds in Country Music, Simpson provided a little bit of something for everyone.

We have our full review from The Ryman, along with some amazing photos from Emilia Paré after the jump.

There are few times that the pews of the Ryman are completely full by the time the opening act on stage. This Sunday night was one of those rare times, as packs of hipster bros and middle-aged, country music-loving couples converged for the third straight sold out performance by Sturgill Simpson at the legendary auditorium.

Those who came early were treated with an unusual opening set. Instead of another notable band, Simpson chose friend and stand-up comic Billy Wayne Davis to warm up the crowd. Davis mixed his somewhat predictable southern humor with surprisingly edgy jokes that roused chuckles from most everyone.

The best part about Davis was his ability to tactfully (and humorously) tackle touchy subjects like the southern culture’s response to homophobia and racism without resorting to any Larry the Cable Guy-esque jokes. Although I wasn’t initially sold on soaking up some comedy before Sturgill’s set, I felt surprisingly loosened up and even more pumped for the epic show I was about to witness. 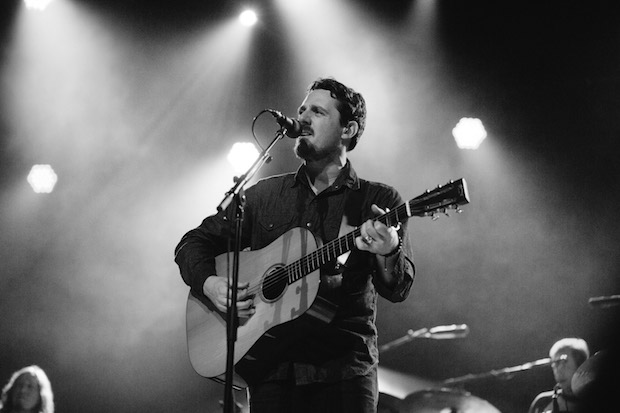 From the moment Sturgill Simpson and his band walked on stage, there was an electricity in the room that was impossible to ignore. The fact that Simpson looks like a guy you could pass on the street and not think twice about makes you love him even more. His everyman style hides the energetic and effortless swagger that emerges each time he steps on the stage. This night was no different. Hoots and hollers came from every direction as he began  “Sitting Here Without You” from his 2013 album, High Top Mountain.

The almost two-hour long set only briefly came to a stop for a grateful Simpson to greet the audience and discuss his string of performances in the Music City. Although he said he was hoarse from the busy weekend, it was impossible to tell. When he performed “Long White Line,” the first selection from his breakthrough album Metamodern Sounds in Country Music, the crowd simply went nuts. 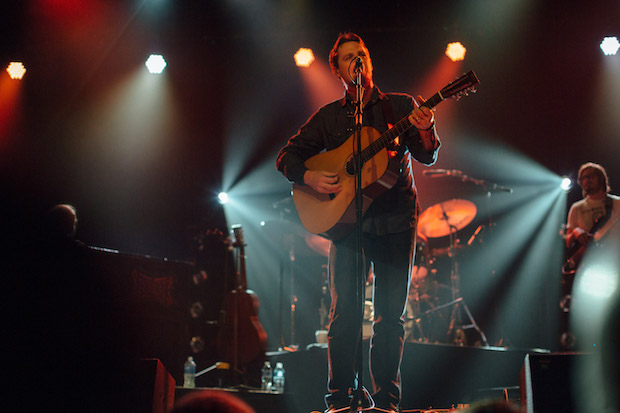 Nearly every other song had some kind of incredible solo packed in at the end. This kind of performance style can become tiresome and indulgent quickly, but I was too entranced by Simpson’s artistry to ever get bored. The amount of energy that he and his band packed into the set was mind-blowing. He rolled through a good mixture of tracks from both of his albums, including the crowd favorite “Turtles All The Way Down.” He also put his own spin on Lefty Frizzell’s classic track “I Never Go Around Mirrors,” and Otis Redding’s “You Don’t Miss Your Water.”

The band only paused for a few brief comments from Simpson on the crowd and the importance of his three-show stint at the Ryman. Simpson skipped the customary encore, because why wouldn’t he? He’s never been big on doing what’s expected. 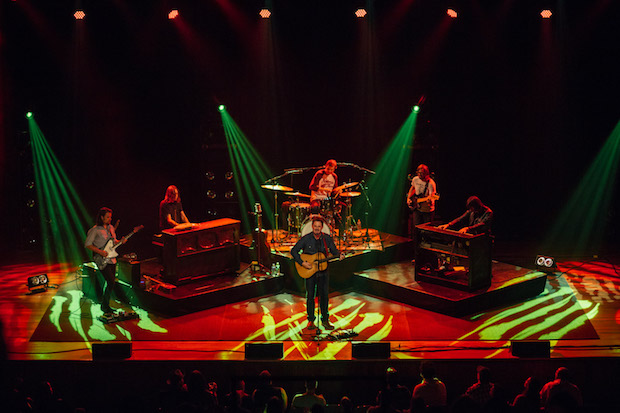 The night ended with a stellar mashup of T Rex’s “The Motivator” and the Osbourne Brothers’ “Listening to the Rain,” which is honestly hard to explain in text form. It felt like the room was about to spontaneously combust from the energy and wall of sound that was roaring from the stage.

There’s a reason why everyone is crazy about Sturgill Simpson. There are few performers who have as powerful and distinctive of a voice as Simpson. Along with this gift, he has an authentic natural talent for performing that rarely comes along these days. If you were lucky enough to be at the Ryman Auditorium this weekend, you witnessed something truly special.

Sitting Here Without You
Water in a Well
Long White Line
Just Let Go
Poor Rambler
Sharecropper’s Son (The Stanley Brothers cover)
Voices
Time After All
Some Days
Life of Sin
Living the Dream
I Never Go Around Mirrors (Lefty Frizzell cover)
A Little Light
Medicine Springs (The Stanley Brothers cover)
It Ain’t All Flowers
The Promise (When in Rome cover)
Sometimes Wine (Sunday Valley cover)
Turtles All the Way Down
Railroad of Sin
Old King Coal
You Don’t Miss Your Water (Otis Redding cover)
The Storm
I’d Have to Be Crazy
Listening to the Rain (The Osborne Brothers cover)
The Motivator (T. Rex cover)