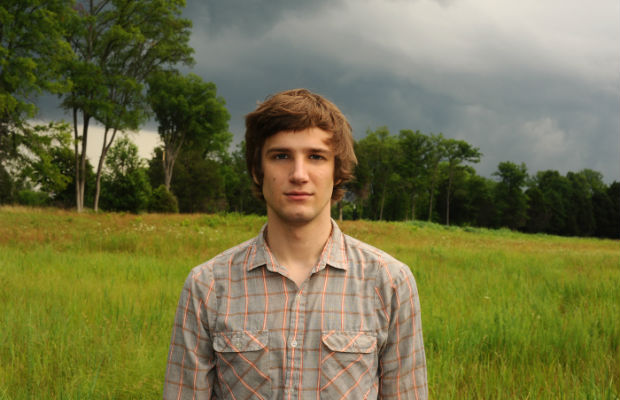 Local experimental folk outfit, German Error Message, released their fourth album, Haunts, in late 2014.  The project, helmed by Paul Kintzing, takes an almost Elliott Smith approach by brooding in the dark nether regions, but, full of fuzzy guitars amidst a sea of other instruments, the arrangements are really hypnotic.  Today we are excited to premiere the music video for the single “Everything Is Scary,” which Paul tells us is about “having anxiety when you move to a new place and being hyper aware of all the small sounds around you.”

The video was filmed by Madeleine Hicks last year during the ice storms, and features a shadowbox full of hand constructed paper models.  Needless to say, someone was getting creative with all of that cabin fever going around, and the final effect is especially fitting for the single.

Watch for yourself below, and, if you like what you hear, snag a cassette or digital copy of the record.