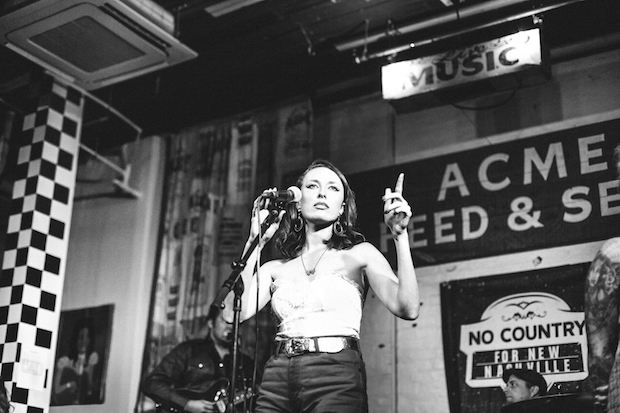 We would like to continue to welcome all of you reading this out there in Music City and beyond to Acme Feed & Seed every Tuesday night, for the weekly showcase from our live events wing, No Country Presents! This past Tuesday’s bill featured high energy, multi-talented New Orleans funk machines Stoop Kids, an alt-country, blues crooner with a famous bloodline, Tanya Montana Coe, and Americana rocker Drew Michael Blake. Read on for a full recap, and for some great shots from contributing photographer Jake Giles Netter.

Despite the rain, it felt like a busier than normal Tuesday. As a sports fan, I’ve been on stimulation overload. The World Series, NBA and NHL regular seasons starting up … oh and football Saturdays and Sundays. Of course every Tuesday night it’s also all about the free tunes at Acme, courtesy of your favorite local music blog. With so much extra TV watching in my daily regiment this time of year, I was super stoked to get out of the house to socialize and jam out. 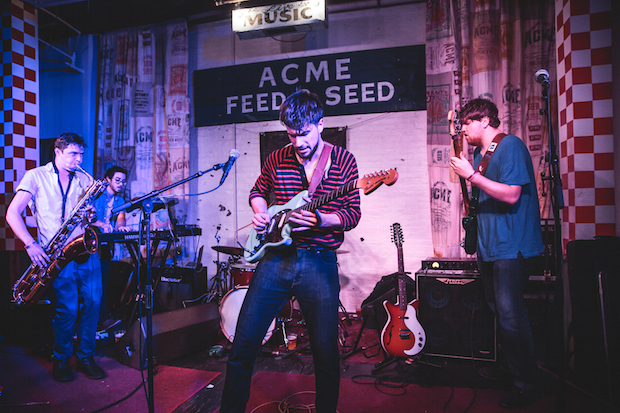 Our first performers of the night were anything but ordinary. Stoop Kids self-describe their sound as psychedelic jukebox, and after seeing them live I can understand why. Flirting with funk, doo-wop, big band and even some pure, guitar driven rock ’n’ roll, these kids have talent in bunches. Alternating lead singers, harmonizing vocals, and even inspiredly rapping their lyrics at times, SK have a little bit of something for everyone. What they also have is energy pouring out them almost at all-times. At different points in the performance they were all dancing around stage like madmen, gyrating as if in full seizer-mode at times, and even crawling through the crowd on their bellies like army men avoiding enemy fire. They were a sight to behold, and it’s safe to say they are unlike any other band we have every had at Acme before. I highly recommend you look into them more and whatever you do, go see them live any chance you get. 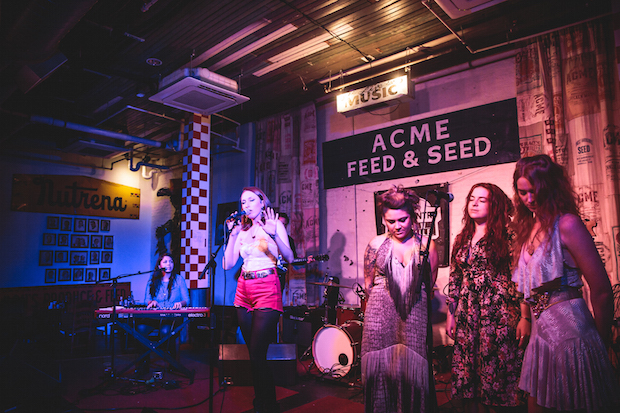 Next up was Tanya Montana Coe, daughter of famed country legend David Allen Coe. I’m not really sure if the two are estranged or if DAC is involved with her music at all, but one thing is certain; the alt-country blues heavy mavin sings much cleaner than her daddy and she definitely has some of his stage presence. With help from her trio of ever present but never over-bearing back-up singers, she worked through the bulk of her debut record Silver Bullet, which dropped a week ago. My personal favorite was the soulful track, “Rebel Heart,” and the album’s title tack is well worthy or note too. Her set was tightly played and well balanced, even touching on some of the best elements of music from the Motown era or maybe even some Ray Charles. Either way, I was throughly impressed with her and could hear just a touch of her pops in her drawl, but other than that TMC is ready to break out on her own merit, not ride anyone’s coat tails. 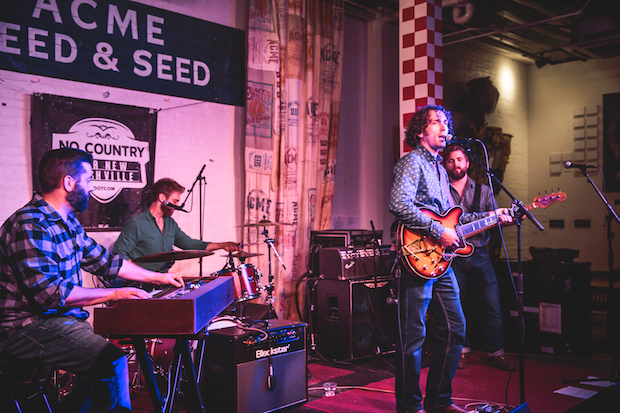 Last up was Americana, bread-and-butter rocker Drew Michael Blake. He and his backing band had a fast loose approach that made me think they had played together before… of course this is Music City, so the odds are just as likely they linked up two days ago and crushed their set with little or no rehearsal time. I picked up Van Morrison or Tom Petty seasoning to the backing tracks, and Drew even has a little bit of that Hozier gravitas and deep resonation in his voice that surprised me in the best ways possible.

“Did you make the most of it honey,” he sang on one number I liked in particular, before breaking off and demolishing an extra heady guitar solo. As if he was reading my mind, he opted for a Van cover, “Into The Mystic,” rocking everyone left in attendances gypsy soul. After a few more, he called it a night and he won me over as a fan in the process, as did the other two previous acts.

All in all, another amazing night of free music at Acme. If we were baseball players, we’d be close to batting a thousand! Don’t believe me? Then stop in at our next installment, Nov. 3 for The Gills, Dean Jackson, and Carey, as we keep the party going every Tuesday, and while you’re here, check out the photo spread from last week embedded below!