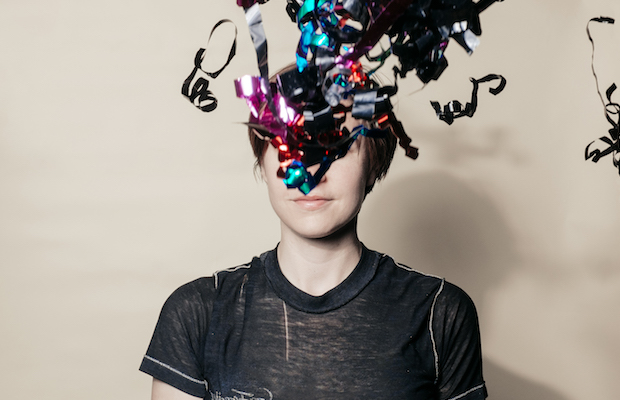 Since her acoustic set at Mercy Lounge with Anthony Raneri in August, Laura Stevenson has recorded and just recently (Oct. 30) released her forth studio album, Cocksure, which is out now on Don Giovanni records. Now, she is on tour with a full backing band (The Cans) and ahead of her Nov. 13 show at The High Watt with Matt Pond PA, she has released a video for the album’s lead single, “Jellyfish.”

Balancing between too-cute and slightly-embarrassed in trademark Laura Stevenson fashion, as well as purposefully ticking every cliché on the list that screams “bad music video,” she performs in her pajamas in front of a green screen depicting low-res, highly saturated ocean scenes including – yes – jellyfish. And it’s delightful; as quirky and light-hearted as the song itself. One of the more pop-sensible cuts from the record, Stevenson refuses to be bogged down by anything too serious. Grab tickets to the show right here, and check out the video below!