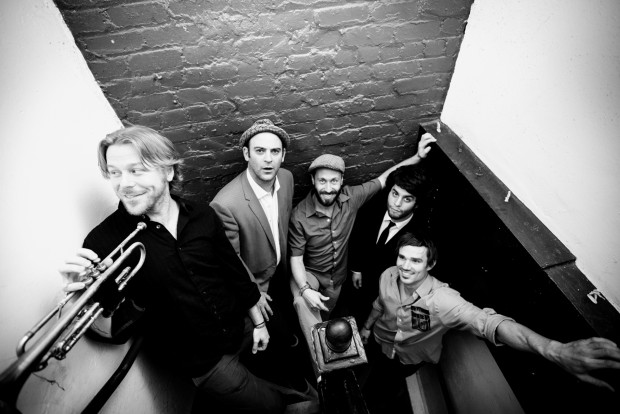 The Bay Area jazz-folk-rock party band The California Honeydrops have been one of northern California’s best-kept secrets, bringing joy to festivals for years, and they’re making a stop at The Basement tonight, Oct. 21 with Americana five-piece Georgia English & the Jukebox Kids. The Honeydrops are just coming off the release of their fourth full-length, A River’s Invitation, and they’ve made their name by playing shows that continue the spirit of their start busking on the streets of the Bay Area, featuring lots of crowd participation making them more like a party than a traditional concert. Read on for more about the lineup and to grab tickets to a show that’s sure to be a better time than those indie rock concerts where everyone just stands there.

The California Honeydrops were founded by frontman Lech Wierzynski, who soaked up banned American soul and jazz music in his native Poland before immigrating to the U.S. with his family. Once in America, he learned about rock and roll, R&B, delta blues, hip hop, funk, New Orleans second line, and the myriad other influences that stew in the Honeydrops’ sound. Wierzynski plays trumpet and guitar while adding lead vocals, and the other four members of the band are also multi-instrumentalists. A River’s Invitation was recorded in Wierzynski’s living room, which the band refers to as “the blues cave.”

This local Americana five-piece helmed by Georgia English recently released their debut full length Good Girls. While the group is now Nashville-based, English has something in common with the California Honeydrops as she is originally from San Francisco and learned her musical trade busking in Bay Area subway stations. English is a longtime fan of the Honeydrops, attended their shows in the Bay Area as a teenager, and cites them as a musical inspiration, so this will be a nice chance to see that kind of musical interplay between the two bands.