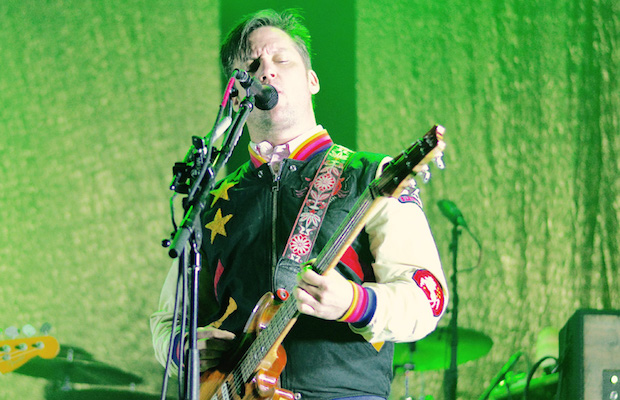 Modest Mouse have been circling the waters since their last Nashville show, at The Ryman in 2007. Since then, they’ve played Knoxville (2010), Chattanooga and Memphis (earlier this year), and even Louisville’s Forecastle Fest (this summer), but finally made their much anticipated return to the Music City last week for a two-night stand at War Memorial Auditorium. The first show they announced sold out so fast that the band added a second night just over a week later, as if we needed proof that we had been waiting for them to come back for a long time. Check out our review of night one below, which included openers Hop Along, along with some photos from Jen Silver.

Opening the show were buzzy Philadelphia band Hop Along. Their sound was like a smoothed out Bully, but more influenced by indie rock than grunge. Lead singer and guitarist Frances Quinlan has a similar strained-voice delivery style as Alicia Bognanno, and was clearly the standout of the group – the band did start out as her solo project, after all. She said that she was amazed by the exterior of the venue – who wouldn’t be – and couldn’t believe they got to play there. She seemed earnest and happy to be there. The group played 30 minutes of solid indie rock to a semi-attentive audience. They gave a valiant effort to win over the crowd, but ultimately some audiences are just in it for the headliner, as seemed to be the case here. The crowd grew larger as their set went on, and by the time Hop Along left the stage, War Memorial was filled to the brim with a sold out crowd of Modest Mouse-heads. 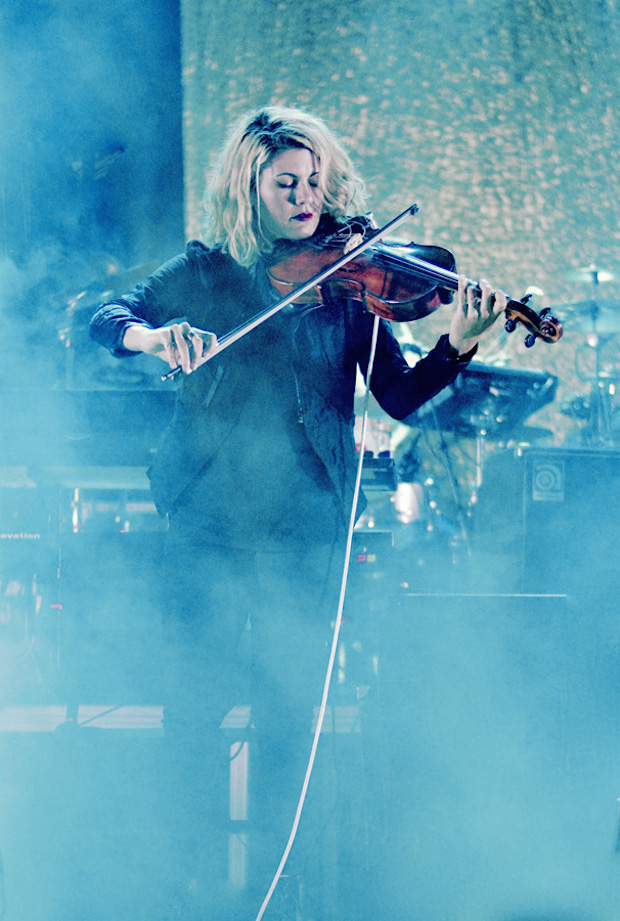 The lights dimmed at 9:25, but Modest Mouse didn’t hit the stage immediately. Instead, they made the crowd feel like they were inside a beehive, by blasting the sound of bees over a blue lit stage. After a full five minutes, all eight of the band members finally took the stage. They kicked things off with “The Whale Song” from their 2009 EP No One’s First and You’re Next. That was our first hint that the setlist would find the band digging deep all night – they played at least one song from each of their albums (including the previously mentioned EP and their compilation album Building Nothing Out of Something) – mostly forgoing their most well-known songs. They did play “Float On” and “Missed the Boat,” but saved the other ‘hits’ for night two. They went on to play a handful of songs from the new record – including the single “Lampshades on Fire” and the circus-sounding “Sugar Boats.” The group were recieved well, but the biggest cheers of the night came from the oldest songs, particularly “Dramamine” and the set closer “Doin’ the Cockroach.” 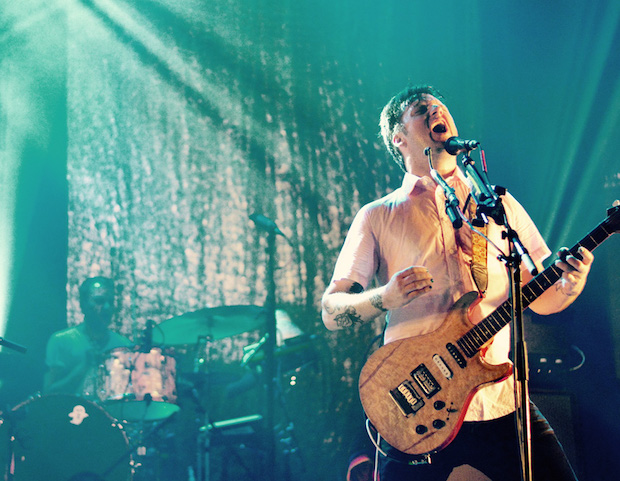 Isaac Brock stood to the far right on the stage, instead of front and center like most frontmen, but it didn’t matter – he was still the star of the show. He has an incredible ability to go from calm to intense faster than a Bugatti goes 0-60mph, and he showcased that throughout the night. He was also very chatty – which would normally be a good thing because he can be a hilarious, sarcastic asshole when he wants to be. However, either the sound or his mumbling (or a bit of both) made actually hearing what he was saying nearly impossible, so his many speeches mostly resulted in friends looking at each other and shrugging throughout the audience. There were also a few sound problems throughout the set – mainly a screeching loud noise that occurred on a few different songs, but neither of these things seemed to effect the way the crowd felt about the show. Half of the balcony was standing and dancing the entire time, while everyone on the floor got hot and sweaty from dancing so much in close quarters.

Halfway through the set, Brock said “We’re in Nashville right? You guys have never seen one of these things” as the crew brought him a banjo. “They call it a banjo, it’ll take country music by storm!” That led into one of the highlights of the night – “Bukowski.” When the band left the stage after “Doin’ the Cockroach,” they replayed the beehive sounds again for another 10 minutes, giving people time to grab a drink before the encore. However, turned out that War Memorial had already run out of beer by then – apparently Modest Mouse fans are heavy drinkers, who knew? [Editor’s note: The venue did not run out of beer.  By law, they must shut down 30 minutes before the end of the show.] They came back on stage for a three song encore, starting with “Dark Center of the Universe.” Brock then addressed the audience, saying that he was losing his voice because he can’t sleep, so they had two choices for the next song they had planned – he could either sing it terribly or not sing it at all. They voted by applause, and they voted for him to sing it terribly. The song turned out to be “The Ground Walks, With Time in a Box,” perhaps the biggest highlight from the new album, something that wouldn’t sound out of place on either of their previous two albums. Then came the fantastic finale of the night – “Good Times Are Killing Me,” a sentiment that plenty of workers in the audience were sharing as the show pushed 11pm on a Tuesday night. Let’s hope it’s not another eight years before Modest Mouse decide to return to Nashville.

Dark Center of the Universe
The Ground Walks, With Time in a Box
The Good Times Are Killing Me