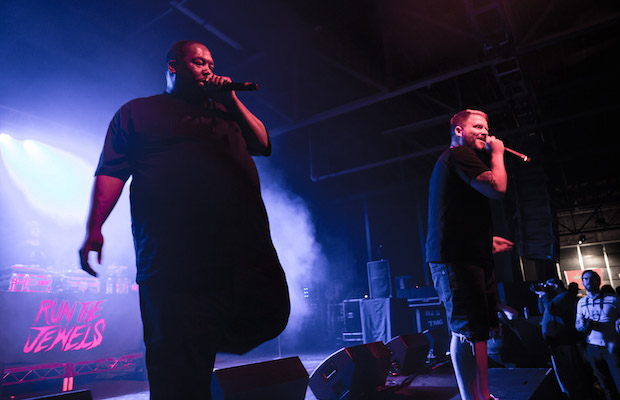 Either Cuz Lightyear had the shortest opening set of all time, or he hit the stage earlier than the 8 p.m. scheduled show time, because by the time we made it through the line at 8:15, Fashawn was already getting ready to take the stage. When he did a few minutes later, he and his DJ ran through a selection of songs from his latest album The Ecology. Fashawn has great flow, but the real highlight was DJ Fresh, who dropped and re-worked beats from all over the place, from “Bitch Better Have My Money” to “Simon Says.” He also had a sort of makeshift keytar made of loop and beat machines that he wore as he took center stage. 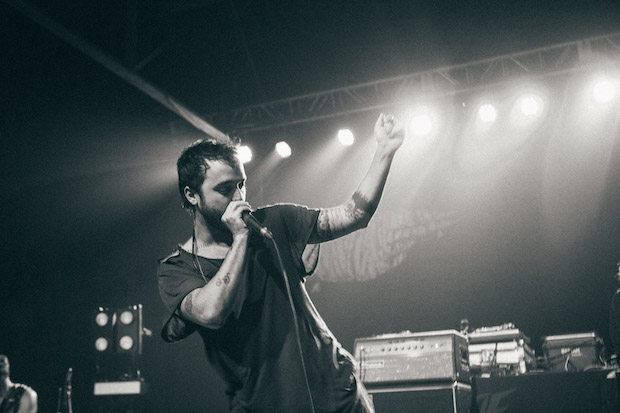 Boots took the stage next, but his set was a far cry from the stylings he showcased on Beyonce’s self-titled album, which he co-produced and co-wrote. That’s not to say it was a bad thing. Playing mostly from his Motorcycle Jesus project and his upcoming AQUARIA album, his set sounded like something from a future where industrial music and R&B somehow cross over. It was loud and abrasive at times, but also downright sexy other times. He mostly sang but sometimes rapped in his 35 minute set, which included his latest single “I Run Roulette.” It wasn’t necessarily what you’d expect from a Run the Jewels opener, but it kept the audience on their toes. 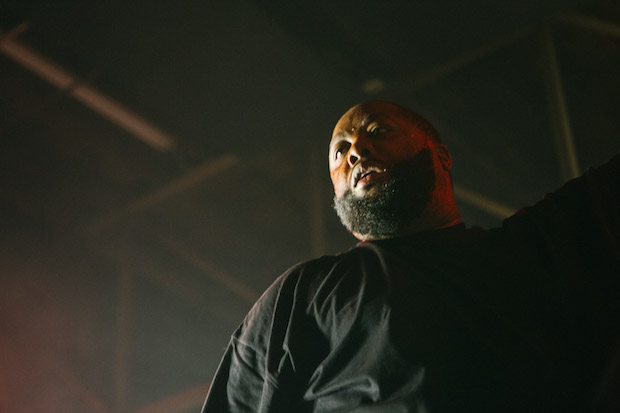 El-P and Killer Mike finally hit the stage at 10 p.m., with “We Are the Champions” as their fitting entrance music as the entire crowd put up their “gun & fist” hand signs. Run the Jewels opened their set with “Run the Jewels,” from their debut album Run the Jewels. After that, it was an even mix of songs from the debut and from Run the Jewels 2, plus a performance “Dynamite,” their new track that serves as the theme song from the documentary Rubble Kings. El-P told the crowd he didn’t want to just rush through the set – he wanted to savor his time in Nashville. He also gave Jack White, who was in the house, a shoutout for letting them open for him and helping them realize a dream of performing at Madison Square Garden.

The chemistry and friendship between Killer Mike and El-P is truly a thing of beauty. They aren’t afraid to say “I love you” in front of a crowd of hundreds. After a hilarious “bitch-off,” to see which of them could scream “BEEEEIIIITCCCHH” the best/loudest (El-P claimed he had been training for this moment his whole life, and Killer Mike bowed down after his yell), they embraced as El-P said “I love you man, you bring out the best in me.” It was the cutest and most sincere display of friendship I’ve ever seen on stage at any kind of show, let alone a hard hitting hip-hop show. They also gave the crowd invisible gold chains to carry with us the rest of our lives, so that we would always know we were part of the Run the Jewels family. They are all about inclusiveness – like when they performed “Love Again” they ended the song early since Gangsta Boo wasn’t around to perform her part of the song, but El-P noticed a group of girls at the front going wild and he wanted to give them equal play, so they sang the female half of the chorus a cappella with the crowd. 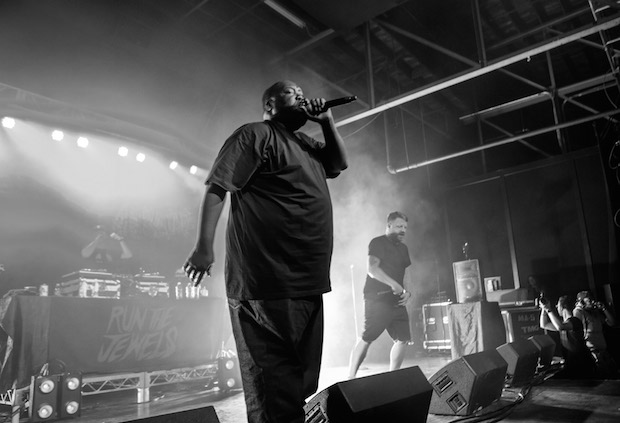 Run the Jewels hit just about every song you’d want to hear in their catalogue, from early songs like “Sea Legs” and “Banana Clipper” to scorching versions of “Oh My Darling Don’t Cry” and “Lie, Cheat, Steal.” They also brought out Boots to sing his hook on “Early,” which he did while crowdsurfing. They finished their set with “A Christmas Fucking Miracle,” which appropriately had red and green backing lights. After a quick break, during which the crowd went bezerk, they came back on for a one song encore, ending the night with “Angel Duster.” It was a joyful, brutal, love-filled, and bangin’ set – probably the best hip-hop show we’ve seen in Nashville since that fateful Exit/In show that El-P mentioned. With how much love they seem to have for Music City – and how much love we have for them – here’s hoping they’ll make it a regular stop on all future tours.