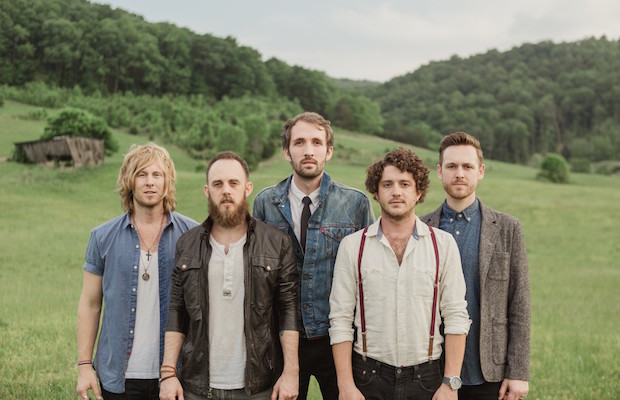 Green River Ordinance are Texans with the emotional alt voice of the early 2000’s and the instrumentation of Americana or southern singer-songwriters. Some might call it country, some might call it Texas romance. These guys have been at it making albums since 2007, putting out 9 albums in that time (including one Christmas themed). The lead singer, Josh Jenkins’, voice is authentic, nuanced, and beautifully his own.

The band celebrates their 15th year together in 2015 with their upcoming album Fifteen and new single “Life in the Wind.” This new single sounds more country than ever, even mentioning Nashville, Tennessee in the lyrics. Does this signal a switch to a more country audience? The band said in The Daily Beacon (The University of Tennessee’s news outlet): “It kind of dances along the lines of country and other stuff… but I feel like we’re not in a place where we’re trying to put ourselves in a box. We’re writing the music that we like to write, regardless of whatever that is.” Go see this genre-bending band, and watch their video for “Flying” below.

Lucie Silvas was a famous singer in England. So famous in fact that she performed in television specials, duetted with Jamie Cullum and Jamiroquai, dated a footballer, and sold over a million albums in Europe. Her record deal days seemed like a perfect pop princess life, but they left her feeling unfulfilled it seems (as you can read about on her Instagram account @luciesilvas). Silvas decided to make a big life change during her hiatus and chose to move to Nashville, Tennessee to work with other songwriters/ country artists like Kacey Musgraves. She is a songwriter just as much as a performer, and wrote songs for many artists back in the UK. Silvas is officially committed to the South now though, marrying her new husband John Osborne of The Brothers Osborne (another musical group gaining clout here). Eric Masse produced her new album Letters to Ghosts in The Casino with standout tracks being: “Letters to Ghosts,” “Unbreakable Us,” “How to Lose it All,” and “Villain.” See Silvas’ official video for “Villain” below to prepare for the show.

Joseph LeMay has a french-sounding name, but he’s a Tennesseean through and through these days. His 2014 album Seventeen Acres is a portrait of a portrait (see album cover) inside a memoir of his life. He and his new wife moved onto his family farm in Dyersburg, Tennessee to find peace, time, and a space to create. Before that, working part-time in Nashville and trying to song write on the side just hadn’t been working, so this Emily Dickinson kind of agrarian existence, full of solace and solitude put LeMay in an odd headspace, yet one that lead him to this fruitful album. “Crazy Woman” and “Seventeen Acres” are joyful and beautiful, tenfold and full of deep ravines of the heart, respectively. Nashvillians should be so lucky to see this talented man play his brand of Americana.