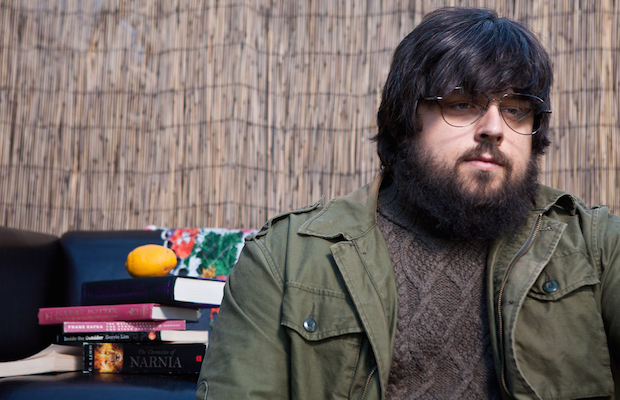 After several years of side releases, including a series of EPs named after the color spectrum, and a pleasantly self-contained LP, Rhode Island progressive rockers The Dear Hunter are back with the fourth act in a planned six part concept series, their first entry in six years,  Act IV: Rebirth In Reprise. Clearly reenergized, the band return to Nashville tonight, Oct. 9 for a performance at Exit/In with up and comers CHON and Gates. This is one hell of a way to kick off your weekend, so grab tickets here and read on for details!

Progressive, experimental, indie rock outfit The Dear Hunter (not to be confused with Atlanta’s Deerhunter) began a decade ago as a solo outfit for frontman Casey Crescenzo, who formerly fronted post-hardcore group The Receiving End of Sirens. By 2006, The Dear Hunter began to morph into a full-time, proper band and Crescenzo mapped out a series of six concept albums revolving around a character called “The Dear Hunter,” with Act I, II, and III dropping in 2006, 2007, and 2009, respectively. Finding critical and commercial appeal through their high-concept songwriting and progressive approach, the group diverged from their thematic continuity to release a series of nine EPs named after and centered around the visible color spectrum, which were collected into a full-length called The Color Spectrum in 2011. Diverging even further, The Dear Hunter released their fifth record, Migrant, in 2013, abandoning all concept approach for the first time ever with a  self-contained series of songs. However, earlier this year, Crescenzo and co. resumed their initial intent, and reveled Act IV: Rebirth In Reprise, which dropped last month to high praise. Certainly one of the most progressive, eclectic bands in the indie/punk rooted world, The Dear Hunter are a marvel to behold live, and are sounding as energized as they have in years; don’t miss ’em!

Like The Dear Hunter, CHON are typically tied to the punk world (we last told you about them when they played Cannery Ballroom with Circa Survive earlier this year), but, also like The Dear Hunter, their sound is much more expansive and progressive than many of their peers, rooted even in jazz and classical. An instrumental outfit, the group hail from San Diego, and signed to Sumerian Records for the release of their debut full-length, Grow, which dropped earlier this year.

New Jersey up and comers Gates adopt a more post-hardcore and emo rooted sound, but should still share plenty of crossover appeal with the rest of the night’s lineup. Their debut full-length Bloom & Breathe was one of the best under the radar releases of last year, and they’re definitely a band you should show up early for.