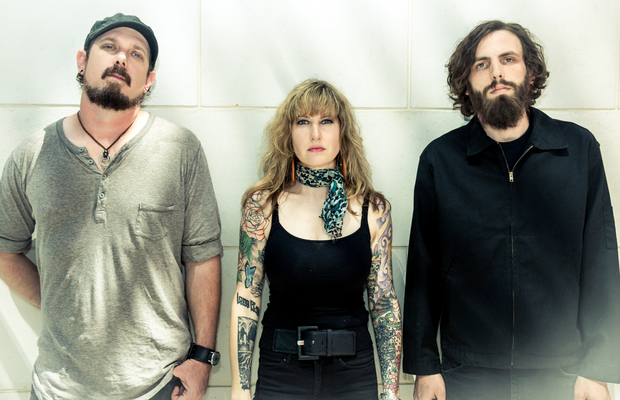 Hailing from Savannah, Georgia, Kylesa have been around for nearly 15 years, and have become one of the scene’s most consistent bands, at least in terms of quality. In those 15 years they’ve released seven albums and cycled through even more band members, with the only constants being the co-leads – Laura Pleasants and Phillip Cope. They’ve also shifted their sound throughout their career – it feels too limiting to just call them sludge metal. They’ve dabbled in hardcore, psych-rock, crust punk, prog, stoner rock, and speed metal. They don’t forsake melody for heaviness, but they do have it in spades. Their dueling male/female vocals create a dynamic rarely found in metal or punk, but they would never be limited by the label of ‘metal band with female vocals.’ Pleasants can shred with the best of them, and it’s a sight to behold live. Based on their longstanding consistent excellence, they should be bigger than they are – but take advantage while you can and see them at the intimate Basement East.

If you can’t quite call Kylesa a sludge band anymore, you definitely can for Richmond, Virginia’s Inter Arma. Their riffs are heavy, muddy and repetitive, trudging along like they’re moving through a thick swamp. Their first release for Relapse Records, 2013’s Sky Burial, was a critically-lauded triumph. They’re a perfect appetizer at a show like this.

Canadian duo Indian Handcrafts don’t mind if they wear their influences on their sleeves. Their latest album Creeps – released just last week – sounds like Queens of the Stone Age by way of ’80s Metallica and Judas Priest. If that description doesn’t get you interested, I don’t know what will. They’re still young, and have plenty of room for growth, but they’re already on the right path.

Irata began as an instrumental group complete with drums, bass, guitar and saxophone in Greensboro, North Carolina, but have evolved into something bigger and better. Their sound is heavy but doesn’t restrict itself to any one genre, and they like it that way. Each of their albums has been produced by Kylesa’s Phillip Cole, making them the perfect opening band for this tour.