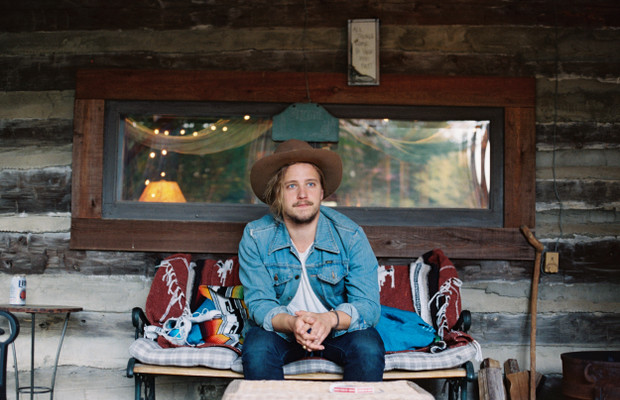 Back in August, we premiered “I Just Want You To Love Me,” a sweeping new track from singer-songwriter Austin Manuel. Thankfully, that infectious cut was just the first taste of a batch of brand new music from the Tennessee-native. On October 9, he’ll release a new EP entitled Love That’ll Last Forever. It features three fresh tracks, including “I Just Want You To Love Me,” and “Sue In Blue,” which No Country for New Nashville is excited to premiere today.

The song was inspired by a conversation with his grandfather, who was grappling with dementia while living in an assisted living facility. “Once upon a visit, he says, ‘I don’t understand where she’s gone,” Manuel explained. “I’m about to write her off. She was just here last night wearing a blue dress. I couldn’t get to her because of this thing,” his grandfather said before hitting his wheelchair.

Manuel’s struggle to deal with the loss of his grandparents, who he credits as his biggest supporters and mentors in life, is thematically weaved into both this track and his upcoming full-length album, Up The Ridge. That dreamy, bittersweet feeling of nostalgia pours out of every line and strum in “Sue In Blue,” and displays Manuel’s true talents as a lyrical storyteller.