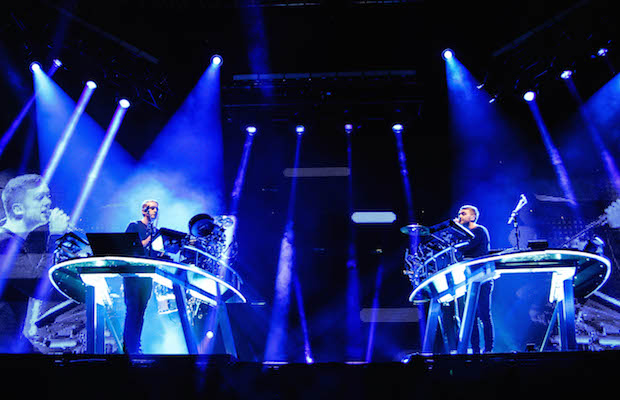 Ever since they released their breakthrough single “Latch” in 2013, British duo Disclosure have been supplying a slew of infectious beats and killer collaborations. Their latest album, Caracal, is packed with bangers and hypnotic tracks that feature big-name artists like Sam Smith, The Weeknd and Lorde. In a town where most like to pretend they’re too cool to dance, this electro-pop outfit faced a tough crowd over the weekend at the Carl Black Chevy Woods Amphitheater with D.R.A.M. Their well-crafted live show mixed vivid imagery with impressive artistry that turned the scenic venue into a discotheque-worthy dance party. We have our full review, along with some amazing photos from Ambre Stewart after the jump.

As I walked into the venue grounds, I wondered what kind of crowd would turn out for this kind of show. Electronic music has a hard drive drawing crowds to downtown venues in Nashville, so were people really going to drive the extra twenty minutes to see Disclosure throw down some beats in a forest?

When I arrived just after 7 p.m., it was clear that fans were taking their time to get there. Only a few dozen people lined the barricade, which made me wonder if this was a sign of things to come. Thankfully, groups of excited concertgoers from all walks of life started trickling in over the next half an hour, which supplied a suitable crowd for Disclosure’s opener, D.R.A.M. 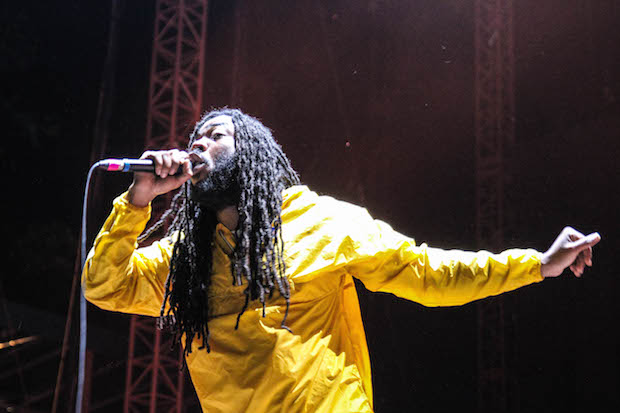 D.R.A.M.’s set was a surprisingly energetic performance that supplied a much-needed warm-up for the crowd. The Virginia-based rapper came onto the scene last year after dropping his D.I.Y. mixtape that took the blogosphere by storm. His standout track, “Cha Cha,” originally blew up the internet this spring, and provided the first full-out dance break during the show. 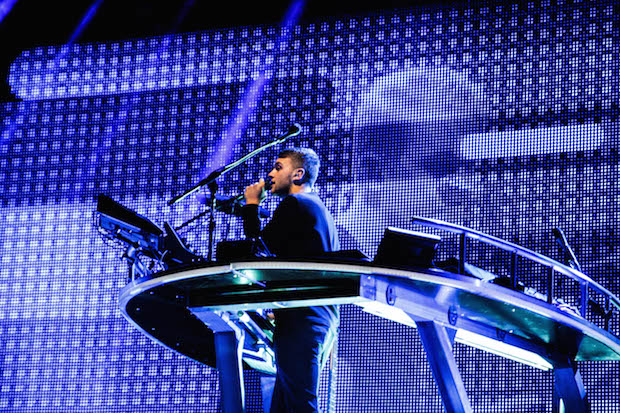 As the venue filled up, the impact of Disclosure’s music was made evident by the mixture of attendees. Dirty hippies were intermingled with Vanderbilt bro packs and Belmont girls who missed the turn for Coachella.

Finally, the giant LCD screens began to flicker, signaling the beginning of what we had all been waiting for. The brothers Lawrence took their stations, which looked like something pulled off the bridge of a ship from Star Trek, and slid into their track “White Noise.”

Through the next hour and a half, the duo played a majority of their latest album, Caracal, including their collabs with Lorde, Gregory Porter and Sam Smith. For these tracks, the screens lit up with neon silhouettes of the vocalist, which filled that awkward visual void that comes with live backing tracks. The brothers repeatedly stopped to thank fans for coming out to their first stop in the Music City, happily telling the crowd “we made it!” 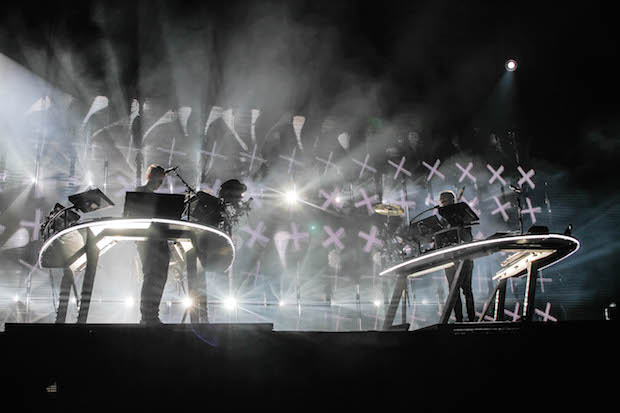 As the night went on, the audience began to loosen up and let themselves get into each song. As the crowd became more invested, the brothers in turn gave more back to the audience. They smiled and jammed out through the latter half of the set as the stage set-ups became more and more intensive. Different lighting schemes and neon graphics kept the show from feeling stale or gimmicky. During “Nocturnal,” the brothers grabbed their guitars and were lifted high above the crowd for a killer solo that was purely rock and roll.

After a quick break, they reemerged for a quick encore set anchored by a surprise appearance from vocalist Brendan Reilly, who supplied an engaging performance of their track “Moving Mountains.” As fans anxiously awaited to hear the duo’s signature track, they couldn’t help but tease the crowd. “What do you think is next?” Guy Lawrence asked the crowd. Moments later, the recognizable beat of their hit track “Latch” filled the amphitheater. Everyone in attendance knew this was the moment to let go, even that cool guy who wrote his motorcycle ver from East Nashville.

Overall, Disclosure’s first show in Nashville supplied a well-crafted mixture of engaging visuals, incredible musicianship and a carefree atmosphere that is exactly what an electro-pop concert should be.