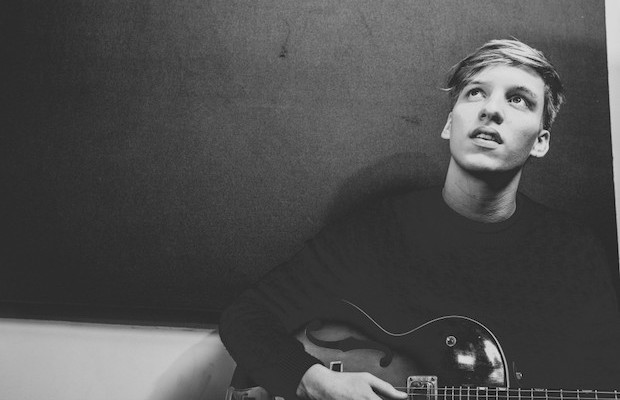 Well, it was yet another night of magic at The Ryman Auditorium thanks to Britain born, internationally recognized rock crooner George Ezra, his band, and Louisiana folk/Americana performer Dylan LeBlanc. Both acts brought their ‘A games’ to the Mother Church (and a surprise guest) leaving the sold out crowd in near hysterics. Read on for a full recap after the jump, and don’t miss your next chance to see Mr. Ezra, because his star is only rising.

After securing a not great, but still free parking spot over by the capital building, I hoofed it to The Ryman with some time to spare. It would be my first trip to my favorite venue in town since all the renovations were done, and I was eager to see how she looked with the final layers of polish applied. Most would agree, it’s already the best venue in Nashville, so any additions would simply be icing on the cake.

The first thing I noticed was the updated/shiny full service bars with some familiar faces pouring my pricey drinks. Later, I used the vastly improved restrooms, and I even wander through the gift shop for a minute or two after the show. All in all, the Ryman’s game has been stepped up, WITHOUT affecting the concert hall in anyway.

Upon settling into my pew seat, I noticed a wide age range in the crowd, which surprised me a little. Of course the tween army was in the house in force, but there were people my own age, and couples on dates with birth dates much earlier than mine. It was a packed house, so after making nice with people in my row, it was about time for the music to start. Dylan LeBlanc’s sound is a wonderful folk, Americana rock hybrid that has a touch of Western elements laced in, even if LeBlanc hails from Shreveport, LA. As nearly every artist who I have ever seen there does, Dylan immediately started gushing about the experience of playing the Ryman, and how honored he was to do so. He slo thanked his host, Mr. Ezra, and than he got down to business.

A tall, thin drink of water with a black cowboy/farmer hat, a matching suit, and long blond hair. His voice is extremely unique, and well balanced over his mostly acoustic arrangements. Adding mellow violin and cello evokes eeriness to some of the slower songs that is captivating. Of course he can shred too, opting to break out an electric guitar for a couple numbers off his upcoming record, set for a January release. He brought out John Paul White of The Civil Wars, who also happens to be the producer of said record, for a acoustic duet. They covered the Simon & Garfunkel classic “The Boxer,” and nearly brought the house down with applause.

Not that there would be any shortage of appluase for the evenings performers. George Ezra was next to rock the crowd, and he was also up to task and then some. The first thing I noticed different from the last time I’d seen him in the Mother Church (opening for Hozier less than a year ago), was his backdrop: a wonderful artist’s rendition of rail station line switches intersecting one another at sunset. This was set off by several bright train lanterns, and of course “Ezra” in even brighter lights. It appears George has been moving on up in the music world, at least according to his production budget.

Also possessing an instantly recognizable and incredibly unique voice, all be it a much lower one than LeBlanc’s, Ezra has won the hearts of people all over the world with his breakthrough debut album Wanted on Voyage. Of course he played it nearly top to bottom, much to the screaming tween fans’ delight. There wasn’t a single break in the music that didn’t make their presence felt, with a slyly smiling frontman thanking them in tune. He mixed in a cover as well, opting for Bob Dylan’s “Girl From The North Country,” which was originally recorded with Johnny Cash in Nashville … something I’m sure wasn’t lost on George. He continued on, pulling out some new material and finishing off with an encore, making sure to not skimp on the songs everyone wanted to hear, like “Budapest” and “Barcelona,” which both garnered the biggest applause of the entire evening. The building seemed to shake as the claps and feet stomps rained down. Never pass on a George Ezra set friends, because he and his magnificent band can really bring it.