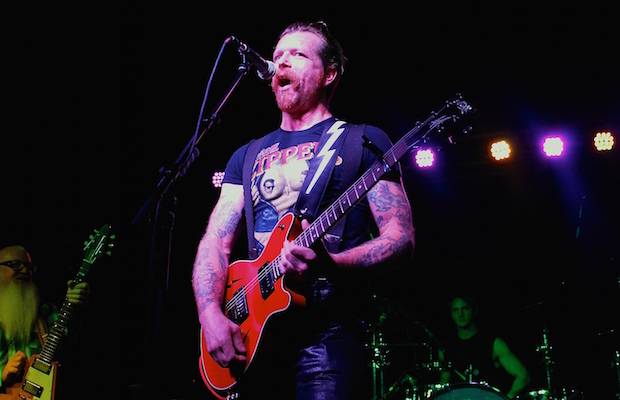 The last time the Eagles of Death Metal landed in Nashville, they were opening for The Strokes at the Ryman in 2006. Almost a decade later, Jesse “The Devil” Hughes & co. finally came back to Music City, last week at Cannery Ballroom. The crowd for the show was just what you’d expect – an eclectic mix of leather, tattoos, facial hair, hip haircuts, and crazy outfits. Touring in support of their new album Zipper Down, the Eagles came ready to party even more than usual – as it happened to be Jesse Hughes’ birthday, and he promised to party even harder than he already does on the daily. Read about the show, which also featured Jesika von Rabbit, and peep pics by Olivia Ladd after the jump! 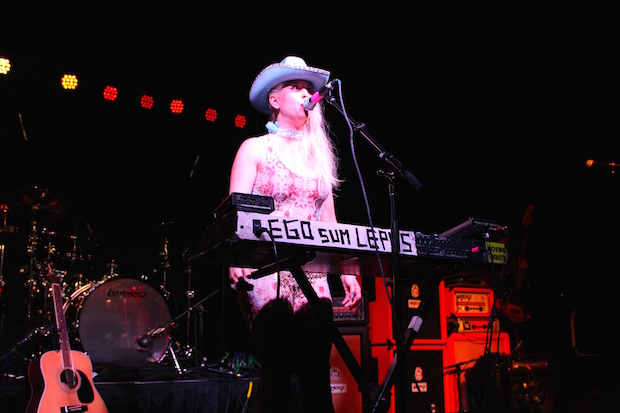 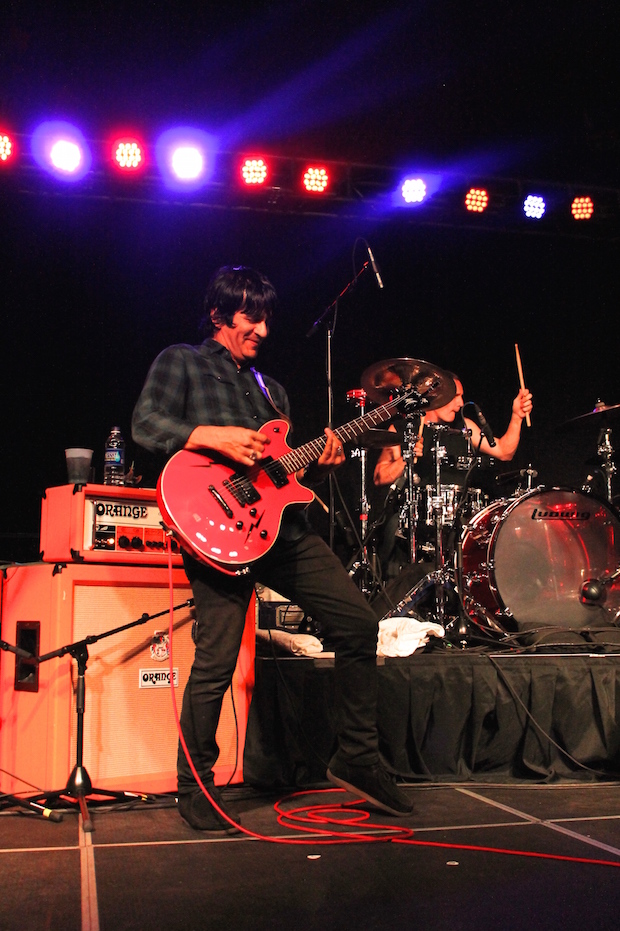 When the Eagles of Death Metal finally hit the stage, they did so with a bang – opening with one of their biggest hits in “I Only Want You.” They went on to play plenty of their most well known songs, from their new single “Complexity” to classics like “I Want You So Hard (Boy’s Bad News),” “Whorehoppin’ (Shit, Goddamn),” “I Got A Feeling (Just Nineteen),” “Cherry Cola,” and “Wannabe in LA.” They also played plenty of Zipper Down material, including their cover of Duran Duran’s “Save a Prayer.” Jesse Hughes – ever one of the best frontmen in rock n roll – seemed to be having the time of his life, flashing huge smiles behind his mustache and cracking jokes left and right. The band were tight and loud, Jesse was completely in his element (and wearing a t-shirt of his new album cover because of course), and almost every song got the people moving. You couldn’t ask for a more fun show than this one. 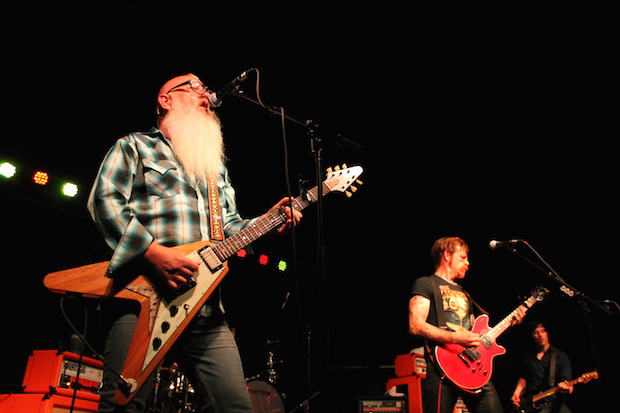 Halfway through the show, right in the middle of one of their new songs “Got a Woman,” the sound suddenly cut out except for the monitors on stage, leaving anyone not in close proximity to the stage unable to hear anything at all. They soldiered on to finish the song, and asked the crowd if they should just keep going anyways. They decided to wait a few minutes to see if things could be fixed, while Hughes addressed the front of the crowd a bit. Seizing the quiet opportunity, some in the audience started a ‘happy birthday’ song for Jesse, and the whole crowd joined in. I’ve never seen a performer look more humbled or happy – he seemed truly touched by the gesture and claimed Nashville as the best crowd he’s ever played for. Sure, he might say that to every audience, but for once it actually seemed genuine. Eventually, the sound got fixed and they kept rocking, including an encore of a few solo songs from Jesse – including “Stuck in the Metal” and “I Like to Move in the Night” – before a full band closing rendition of “Speaking in Tongues.” With how much they seemed to love this town, I doubt it’ll be another nine years before the Eagles return to rock Nashville to the ground again.