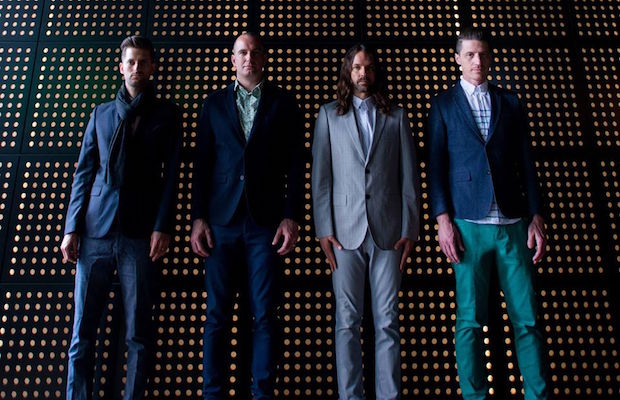 As we told you back in June, acclaimed alt/indie rock outfit MUTEMATH, some of whom now call Nashville home, are set to play back to back shows at The Basement East tonight (Oct. 1) and tomorrow (Oct. 2). Unsurprisingly, both nights quickly sold out, so we hope you grabbed your tickets early; their live show is unparalleled, and seeing them in such a small room will be a night to remember.

Back in the summer, we also got word that the band’s highly-anticipated fourth full-length, Vitals, would arrive this fall, but knew nothing else about it at the time. In the months since, MUTEMATH dropped a new single, “Monument” (which you’ve likely heard if you’ve seen them live in the last year), and, earlier this week, unveiled the LP’s release date: Nov. 13. That means plenty more new music should be arriving in the coming weeks, and tons of new tunes are sure to find their way into the group’s sets tonight and tomorrow.

Watch MUTEMATH’s performances of “Monument” and another new Vitals cut, “Used To,” on Jimmy Kimmel Live! from earlier this month, and keep an eye out for some extra special show coverage early next week.