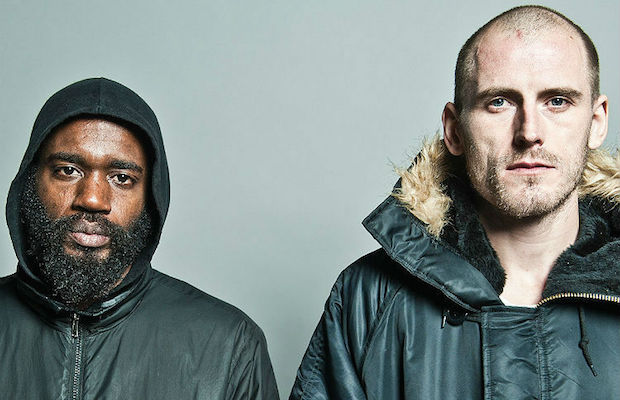 “Conceptual art exhibition anchored by sound and vision” Death Grips were presumed finished, after announcing their intention to disband last year, but, for fans who’ve followed the trio’s high-concept, intentionally cryptic, and often deceptive style of presentation, that abrupt end never felt quite permanent, especially with half an album still to be released. That skepticism proved true earlier this year, when the hardcore/hip hop/experimental/noise rock collective reemerged with The Powers That B, a long-overdue tour, and and a newfound, clearer focus. One of the most intense, compelling, and unpredictable bands making music today, Death Grips absolutely must be witnessed live to be fully appreciated, and you’ll get that chance when they play Nashville for the first time Oct. 2 at Marathon Music Works. Buy your tickets here, or enter to win a pair below; no matter what you do, just don’t miss this show! Read on for details.

Winner will be announced Thursday, Oct. 1 at 11 a.m. CDT, and will receive one pair of tickets. Good luck!