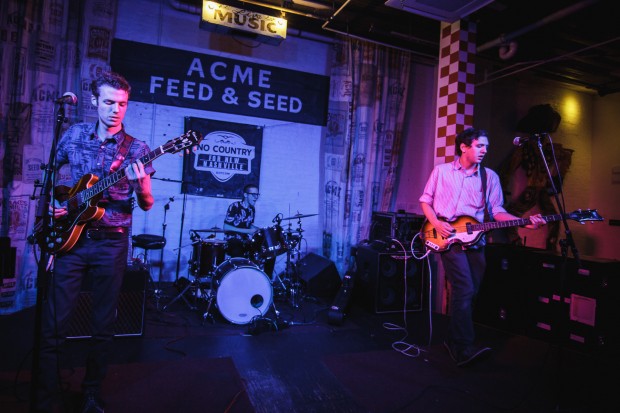 Another Tuesday, another night of free music at Broadway’s hip new event space Acme Feed & Seed put on by the live events wing of yours truly, No Country Presents. There is music aside from honky-tonk covers on the storied street of Broadway (though I have to admit a fondness for said country music, possibly the only staff member of this site with such feelings), and we’re helping bring it to you! Given Acme’s location at the very end of Broadway, you don’t even have to interact with the tourists too much if you park strategically! This week’s Acme showcase featured the throwback rock band Phil Stanley & Naughty Water, the local hip-hop act Perceptive, and alt-pop trio and site faves All Deeds Done. Read on for a full review and a photo-spread from Brendan Donohue. 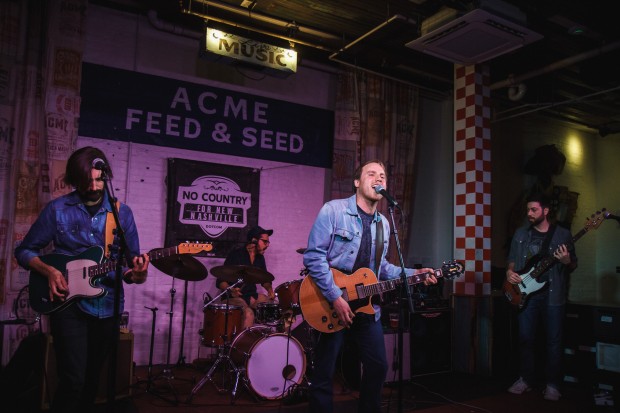 Phil Stanley & Naughty Water make rock music heavily influenced by the classics of the 1960s, with shades of psychedelic, blues-rock, southern rock, and the British invasion. Stanley’s nasally, laid-back vocal style plus the long, dueling guitar solo they ended their set with gave me Rolling Stones vibes, but really they were paying homage to, and sort of playing within, the late ’60s era in general. One could name any number of bands from that time they are similar to and influenced by. The crowd at Acme was definitely digging getting to hear some classic rock. They just released their debut record, Broadside, last month, and if Nashvillians’ fondness for the ’60s in fashion and music is any indication, they’ll likely be embraced by locals. 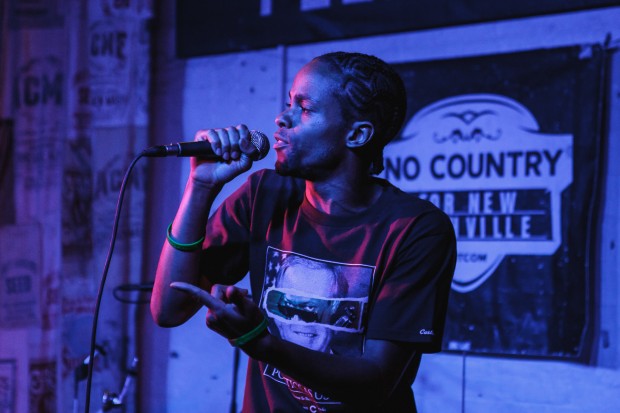 Perceptive is the first rapper I’ve seen at our showcase. I was excited by this prospect, as Nashville isn’t exactly known for having a thriving hip-hop scene and the whole point of our site/showcase is to exhibit all different kinds of music, not just indie rock. I also wasn’t sure how a Broadway crowd was going to receive a rap act. Not knowing what to expect, I was pleasantly surprised by both Perceptive and the crowd. In a smart move, he brought a decent amount of enthusiastic friends, which definitely helps warm up a group of uncertain strangers. He brought another rapper named Diesel onstage for a song, but mostly went at it alone, and those in the know danced the hardest during the single “Bandages,” which we premiered earlier this summer. He rapped over recorded tracks and his flow was very enjoyable and entertaining; both understandable and fast, confident and laid-back, with enough range to do songs that were funny — like one about being abducted by aliens — and political — like the opener about the shootings in Charleston and the black lives matter movement. His set at Acme saw him accomplishing what must be a big part of the battle for hip-hop artists in Nashville; getting a crowd not used to the genre to dig your stuff. 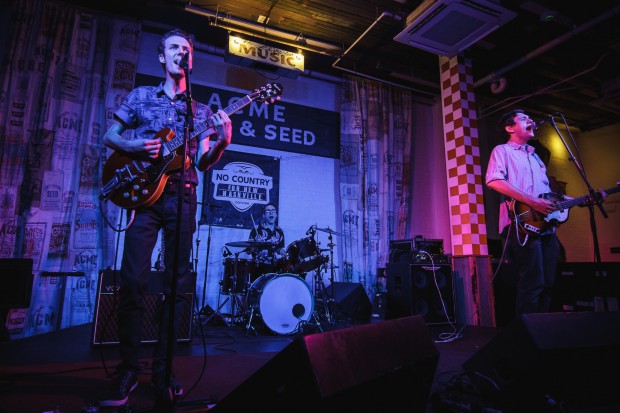 We like indie alt-pop trio All Deeds Done so much that we’ve asked them to do a residency at our showcase for the month of September, so if what you read/see here intrigues you then get down to Acme next Tuesday to check them out. I agree with my fellow writer Jacob Ryan that they sound ready to be played endlessly on Lightning 100, with danceable, melodic songs in the vein of Weezer or Vampire Weekend. The band of Bowling Green, Kentucky natives played several tracks from their new EP Stellar Evolution, which they released at the beginning of the month just in time to come do their residency with us. They can go from very dancey on songs like “I Won’t Say a Thing” to more laid back indie pop with “Better Than This,” and have more anthemic tracks in their set that were a bit reminiscent of Coldplay. Their hip Brit pop played by Kentuckians will be getting them in front of bigger crowds soon.