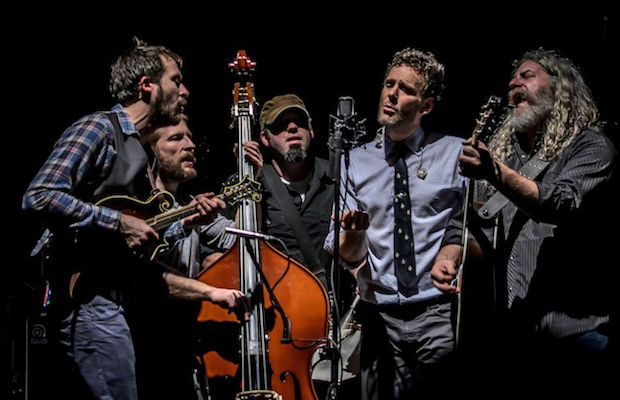 If you want to catch a killer show with excellent musicians and avoid the crowds downtown, head over to Exit/In Thursday Sept. 10 at 8:00pm and experience two eclectic and entertaining bands! Carbon Leaf hails from Richmond, Virginia and has been around town a time or two. Almost ten years ago they recorded Love Loss Hope Repeat here in Music City, and now they are playing here to celebrate a re-recording of that album, the radically updated and re-claimed Love Loss Hope Repeat Reneaux. Birds Over Arkansas will be playing as a duo Thursday night and with their innovative songwriting and timeless music, they should be a great opener.

Carbon Leaf is one of the growing numbers of bands these days who left their major labels to record independently so as to have full control of their music. Last year, on the tenth anniversary of their groundbreaking album Indian Summer, they reclaimed their right to their music by re-recording it as Indian Summer Revisited; with the success of that project and the desire to go back and fix compromises made under the old label, they decided to do the same with their 2006 release Love Loss Hope Repeat. This time they completely re-imagined the album, adding verses that had been cut, re-naming and re-sequencing tracks, and radically updating the recording so it would become the album they always wanted it to be. And the result is amazing; it is very clear that this is a band that knows what they are doing. Their sound is eclectic, a combination of alternative country/bluegrass and celtic folk rock, and the variety of styles and instruments will excite everyone in the crowd. Carbon Leaf is one of the hardest working bands out touring these days, and after 22 years and 15 albums, you should really catch them at the Exit/In before they are packing out Ascend Amphitheater.

Birds Over Arkansas will be giving us a stripped down version Thursday night as a duo, with just guitar and mandolin. This will be a perfect opportunity to really be able to enjoy their creativity and well-crafted songs. This is another band that doesn’t want to compromise on their sound or be forced into a specific genre of music, and we will all benefit from these talented individuals following their own whims as they create their full length follow up to their 2014 EP Behind the Lights. This is definitely a band you will be hearing more about, so get there early and check them out.