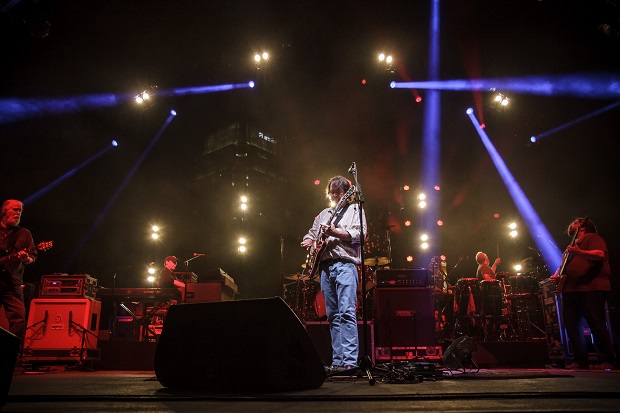 Widespread Panic brought the funk to Music City this Labor Day weekend for two nights of sold out jams. The legendary group have been on the trail ahead of Lockn Festival, and stopped at Ascend Amphitheater Saturday and Sunday. I got the privilege to check them out on the second night of their residency and they didn’t disappoint.

To see how it was for yourself or to simply reminisce on your weekend, check out the full review below with some amazing shots from Brendan Donohue.

Just before the sun began to set over the familiar Nashville skyline, I made my way to the seated area of the amphitheater to watch the show. Fans cluttered the pit and grassy space behind me, preparing themselves for the night. Like most jam band shows, the crowd consisted mostly of experienced fans- some that have seen Panic into the double digits. Their devoted fan base is what makes them so extraordinary.

The lights lowered and the band took the stage. They started out slow, but understandably since they needed to spare their stamina for the rest of the set. Attendees got more rowdy when they transitioned into well known hits “Chilly Water” and “Mr. Soul.” They made it clear the set would cover both decade-spanning numbers along with the unexpected. 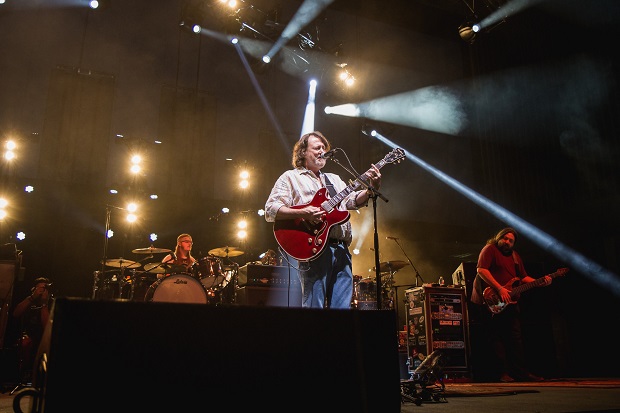 The stage lighting kicked up once it got dark outside, and the audience started moving and grooving a lot more. Towards the middle of the first set, they played fan (and personal) favorite, “Ribs and Whiskey,”,inciting a giant sing-along from everyone there. The community and family feeling was evident between the audience members. People were dancing and singing in sync and sharing memories of previous shows. They played three more originals during the first set and dragged them out into sweet, psychedelic, time-defying jams. Widespread Panic once again proved their particular charm in their master musicianship. They showed the energy that most bands reserve for an encore throughout their entire set, and the fans returned that energy back consistently. “Love Tractor” dragged out into its peak before the band took their first break. 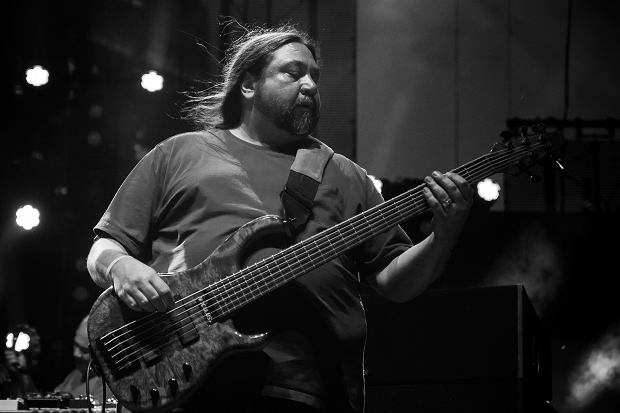 I mingled my way into the open field during the intermission to meet friends and get some fresh air. After a solid half hour or so of rest, everyone stood up again ready to brave the second set. Things got back in action pretty quickly with some older hits. The stage lighting was impeccable as usual, and silhouetted against the Nashville night sky made the experience even more beautiful and close to home. A highlight of the night came in the second half, when they played a cover of Mississippi Delta blues pioneer Junior Kimbrough’s “Junior” and a spirited “Fishwater” which transitioned into a “Another One Bites the Dust” tease with progressional beats and an incredible bass line.

The show ended with the crowd reciprocating their gratitude and a much anticipated encore featuring classics “May Your Glass Be Filled,” “Travelin’ Light” and “North.” The night ended gracefully with satisfied followers and new fans surprised and amazed with their first Widespread show. It was a great night for rock and roll and the legacy of Widespread Panic.