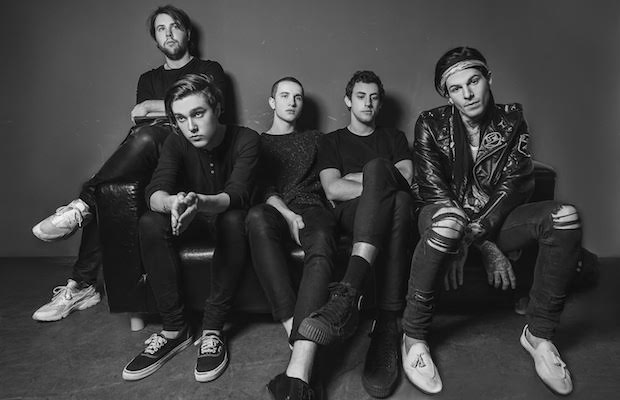 Hitting the road in anticipation of their long-awaited sophomore LP, Wiped Out! (due out Oct. 30), SoCal indie rockers The Neighbourhood are set to return to Nashville for the third time in just as many years later this month, Sept. 25 at, for the first time, The Ryman Auditorium, along with buzzworthy up and comers Bad Suns and Hunny. While tickets for this epic event are still available here, we’re so excited for the band’s return, we’ve decided to give away a pair to one lucky fun! Read on for a full preview of the lineup, and enter below!

After exploding onto the scene two years ago with their acclaimed debut, I Love You, propelled by the massive success of inescapably catchy single “Sweater Weather,” Southern California indie pop/alt rockers The Neighbourhood (sometimes called The NBHD) took a decidedly more hip hop turn with last year’s #000000 & #FFFFFF mixtape. From what we’ve heard so far of their sophomore effort Wiped Out!, which drops Oct. 30, however, it seems the band are planning to stick to their tried and true soulful, poppy, indie formula with their next release, and catchy new track “R.I.P. 2 My Youth” is fast becoming a late contender for song of the summer. Barely into their 20s, the young band have previously sold out dates at Cannery Ballroom and Marathon Music Works, both of which were excellent, and there’s no reason to expect their annual trip to Music City, this time at legendary hall The Ryman, will be any less spectacular; if anything, their road-worn experience and seasoned chops, coupled with long-awaited new tunes, will make this the best Neighbourhood experience yet. Don’t miss it!

Winner will be announced Wednesday, Sept. 23 at 5 p.m. CDT, and will receive one pair of tickets. Good luck!

The Neighbourhood, Bad Suns, and Hunny will perform Friday, Sept. 25, at The Ryman Auditorium. The show is all ages, begins at 8 p.m. (doors at 7 p.m.), and tickets are available to purchase for $30.