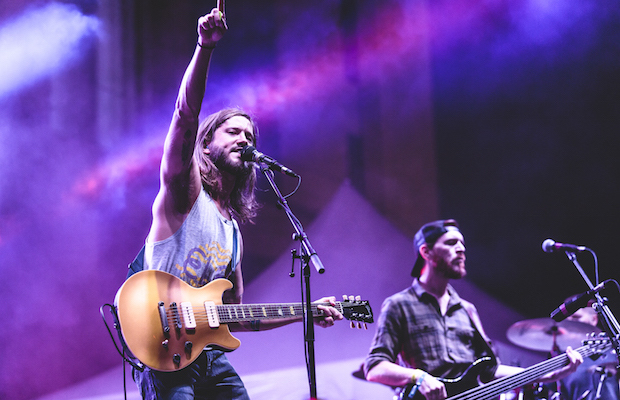 Officially crossing the halfway mark in another wonderful season of Live on the Green (these things fly by quicker and quicker every year, right?), week three ramped up the local appeal, bringing back hometown boys and LOTG faves (seriously, they’ve played the fest more than any other artist) Moon Taxi as well as The Delta Saints, plus English singer-songwriter on the rise Greg Holden. Attendance and enthusiasm are as strong as ever this year, and watching the former college rockers turned full-blown rockstars return to headline Nashville’s favorite free fest was certainly something special. Read on for our recap and photos!

We’ve really lucked out on weather this year. Not only has it been clear every week, but also unseasonably cool, and it definitely affects the temperament of the crowd. Arriving early to beat the downtown rush, I was a bit shocked by the lower early attendance this time. The field would fill out as the night progressed though, swelling to a respectable size for Moon Taxi; however, the pre-season Titans game just beyond the river, and the last Sounds’ game of the season just blocks away surely ate into LOTG’s turnout this week (or, at least, scared would-be attendees away from downtown). Per usual, Nashville brought their endless enthusiasm and utmost attention, welcoming rising singer Greg Holden as he kicked off the (otherwise local) night. 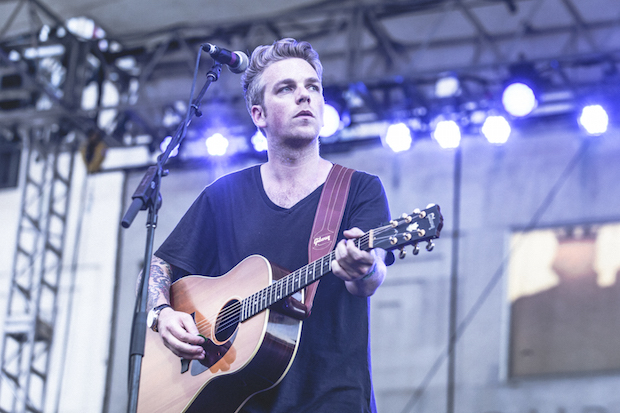 British born and New York raised, Holden is a singer whose name I didn’t know beforehand, but whose music I’ve definitely heard. Best known for penning “Home,” the debut single from American Idol’s Phillip Phillips, and for his own hit  “The Lost Boy,” I was expecting Greg to be softer and more subdued in concert. While he did brandish an acoustic guitar, the talented songwriter, backed by a full band, was unexpectedly lively and upbeat, playing his earnest, heartfelt, folk-tinged tunes with a ramped up intensity snd level of energy well more frenetic than his recordings would suggest (think Mumford & Sons’ level of intense delivery, but without the overblown folk shtick). Humble and friendly, Holden clearly had some diehard fans in the crowd, who sang along not only to the hits, but to the rest of his back catalogue as well. For the most part, the audience seemed to be made up of locals camping out for the rest of the evening’s talent, or just general showgoers looking for something to do, not as familiar with Greg’s music, yet, still, most everyone gave him their undivided attention, while he delivered one of the most unexpectedly refined and strongest performances of the season so far. 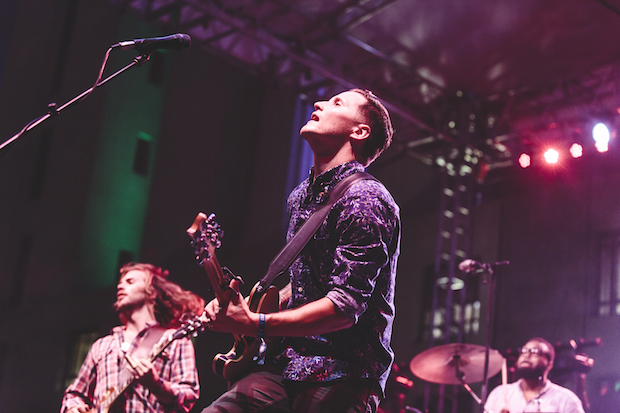 Succeeding Holden, Nashville’s own The Delta Saints returned to Public Square Park after a year off, having performed at LOTG in both 2012 and 2013 previously. Following in the footsteps of the evening’s headliners, the group were recently announced to perform at Marathon Music Works on New Year’s Eve; a gig Moon Taxi bagged in 2013, before upgrading to War Memorial Auditorium last year. A long No Country favorite, we’ve watched The Delta Saints grow into their own in recent years, fully embracing the blues side of their blues rock sound to become one of the most compelling, soulful, polished live outfits in town. Racking my brain, I wasn’t sure if I had seen them live since their last LOTG outing, so this one seemed like an appropriate homecoming. Playing cuts from their awesome new album Bones, as well as hits from their 2013 breakout effort Death Letter Jubilee and beyond, the band embraced a refined swagger, amplified soulfulness, and professional aura well beyond the last time I caught them; clearly the tours and writing and working hard for the last couple of years has really ramped up their presence. In a city full of talented performers, especially in the bluesy, folky, rootsy arena, standing out is becoming an increasingly harder feat, but with their rock and roll bite and undisputed authenticity, The Delta Saints have certainly emerged as one of Nashville’s finest. 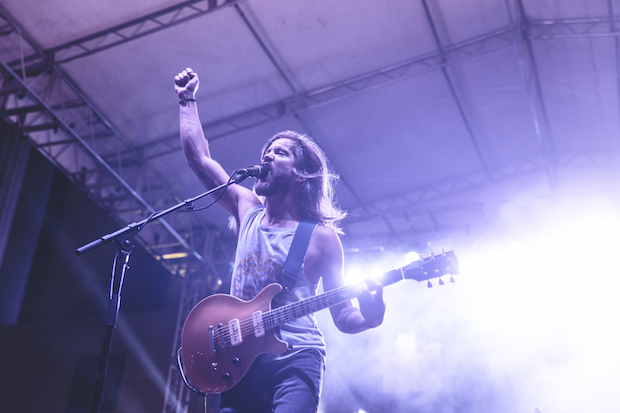 Like The Delta Saints, Moon Taxi last played Live on the Green in 2013 (and 2012, 2011, and 2010 before that), and have been especially busy since. The group’s 2012 LP Cabaret and quick followup Mountains Beaches Cities helped set them on a course to break out of their college-geared, southeast-focused early success, and netted them countless tours, high profile festival outings, and national television appearances. A story of organic, well-deserved success, Moon Taxi’s journey has been one we’ve had the pleasure of watching since their earliest days, and we couldn’t be happier to see how much they’ve grown. For me, the real moment of realization that the local boys had grown into full-blown rockstars was this year at Bonnaroo; not only was their set more intense and engaging than I’d ever seen, but the size of the crowd was unbelievable. I’m convinced that their upcoming effort, Daybreaker (due out Oct. 2), will finally push Moon Taxi into household name status, and if last week’s LOTG set was any indication, they’re certainly prepared for their increased success to come.

Obviously they’re looking forward too, as the band stepped on the stage, familiar yet tasteful production in place, and kicked off their set with new bangers “Year Zero” and “All Day All Night,” challenging new fans and old to get as excited as we are for their upcoming release. Their stage presence has never been more dialed in, and it’s clear that the touring and big ticket fests have helped forge a stronger, more confident, and more automatic version of the band. Gone are their jam-y earlier tendencies, replaced, now, with more deliberate room for flexing their technical chops. They’ve definitely found their niche on newer albums, and their set certainly reflected it, stacked with crowd faves like “Mercury,” “Cabaret,” “Morocco,” and “The New Black.” An unexpected cover of David Bowie’s “Fame” helped set apart the set which otherwise reminded me of their other recent festival outings, and seemed well-suited, considering fame is what comes to mind when I watch this band I remember playing in tiny clubs not so long ago. A true Nashville rock and roll success story, and well-deserved one at that, I hope Moon Taxi keep coming back to entertain at Live on the Green for many years to come, no matter where their musical journey leads next.

Next week, Live on the Green concludes with three days of incredible music spread over two stages, featuring Ben Folds, Passion Pit, Rodrigo y Gabriela and tons more. Head to the fest’s site for details, and keep an eye out for our full set of previews.