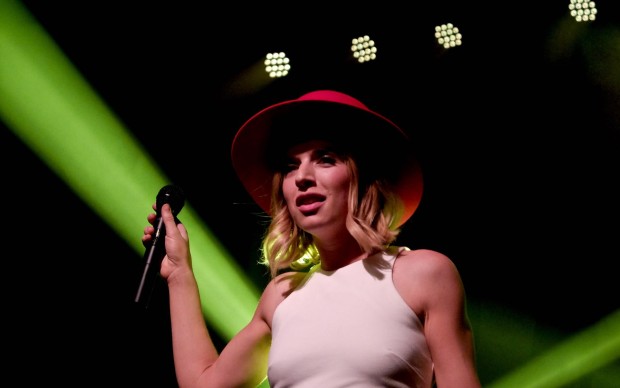 Old school pop singer ZZ Ward played to a full house of adoring fans at Marathon Music Works on Friday night, with support from local folk-pop singer-songwriter Marc Scibilia and California indie-pop band The Young Wild. Ward is prepping to release her sophomore record, This Means War, and is exhibiting a poppier, more heavily produced sound in her new material in comparison to her last album, Til the Casket Drops. She still plays a killer harmonica live and her fans don’t at all seem to mind the shift in style, as a significant group of them sang along to even her new material.

Read on for our full review and photos of ZZ Ward’s Nashville stop on her Love and War tour. 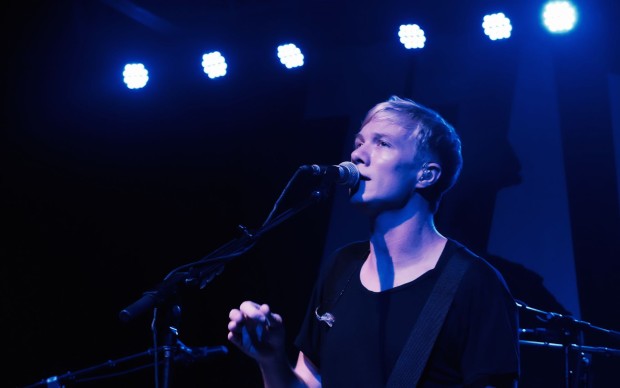 The Young Wild are a pop band from California that definitely get the “young” part of their name right, though there isn’t really anything “wild” about them. The indie pop group make Top 40 radio-ready indie-pop music by and for a younger audience, featuring lots of synthesizer, some sampling live, and male-female harmonies. All four members were competent musicians, each sharing the stage equally with the other members with no one standing out as the most charismatic lead member. Given their youth — they all appear to be college-age — and relative inexperience — they’ve only got one EP and single release under their belts — they put on a professional large-venue show. Their hopeful love songs will like the single “Not A One” fit in perfectly with the under-21 pop radio favoring crowd. 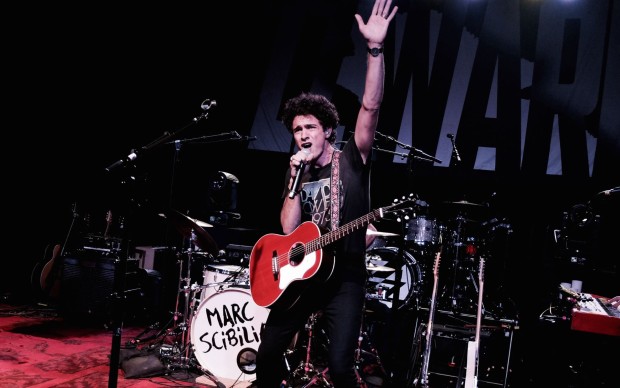 Marc Scibilia is a Nashvillian (via New York) who gained recognition from having his version of Woody Guthrie’s “This Land Is Your Land” featured in a Jeep commercial that aired during the Super Bowl this year and later earned over 12 million views on YouTube. Having recently released an EP, Scibilia is preparing to drop his first full-length record. His original material is indie pop music that claims the modifier “folk” by having Scibilia play the acoustic guitar during it. “Wide Open Arms” was a love song with sampled beats that had a country-inspired melody in the chorus. Scibilia drew enough of a hometown crowd that some audience members sang along on a few tracks, including that one. “Better Man” was a pop song with a folk structure that sounded the folkiest of the set. He switched between acoustic guitar, an old Strat, and went over to the piano for “Jericho,” a number about being afraid to fall in love. Scibilia was also targeting a very young audience, telling the crowd a story about how no one came to his surprise sixteenth birthday party before playing “Everybody Is Somebody,” a song with the message that it’s ok not to be popular. 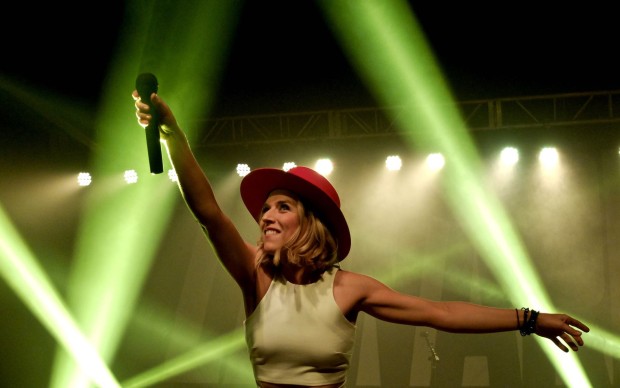 ZZ Ward is a vintage pop singer in the vein of Joss Stone or Alicia Keys. Her debut record, 2012’s Til the Casket Drops, is full of pop songs influenced by soul, blues, and hip-hop with her signature blues harmonica playing. Before starting this tour, she released the Love and War EP in advance of her sophomore record This Means War, which is due out in the spring. Her newer music is much more heavily produced, electronic, and straight forward Top 40 pop than her previous material, though the crowd of her fans at Marathon didn’t seem to mind the style change. She started the set with the older songs “Put the Gun Down” and “Til the Casket Drops,” which much of the crowd sang along to, then went back even further in her repertoire to “11 Roses.” She was backed by a three-piece band and played both guitar and harmonica throughout the set herself. It was impressive for a pop artist to forego using any sort of samples to recreate the digital sounds used in the studio.

Ward herself is a very charismatic performer, smiling effusively at her fans and adding the right amount of laid-back sexy attitude to make the younger crowd feel like she was being edgy without scandalizing anyone. Her voice is low and raspy, suited for her old-school R&B inspired pop, but she really could probably sing just about anything (I’d love to hear her give the actual blues a shot). Her harmonica playing was the most impressive part of her act, both because of her skill at the instrument and because of the uniqueness of a blonde female pop singer whipping out a mouth harp. Other high points of the set were the cheater’s song “Charlie Ain’t Home” and the new harmonica-infused girl-power anthem “Marry Well.” All in all, I thoroughly enjoyed her latest Nashville outing, which we’ve been anticipating for months, and can’t wait to hear what Ward has in store with her new LP!