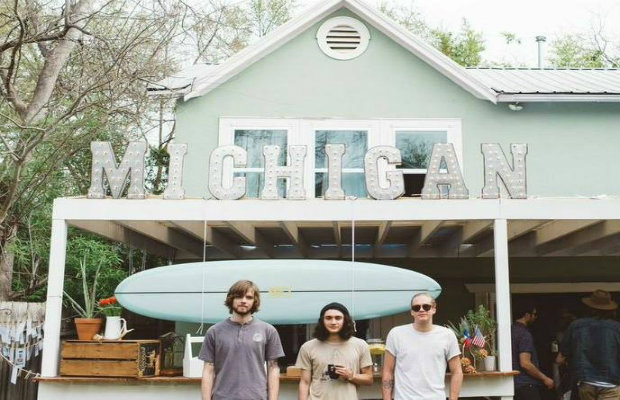 Michigan based band Heaters have a catchy, twangy psychedelic sound that taps into plenty of ‘60s influences. They’ve released a handful of projects just since last year that feature their fuzzy, driving, garage rock. Catch them tonight, August 26, at the Stone Fox with local favorites Ranch Ghost and Butthole. The show is 18+, begins at 9pm, and will set you back $8 at the door.

There’s no shortage of ‘60s influenced bands these days, but Michigan’s Heaters are putting a fresh spin on the psychedelic sound. Featuring a combination of fuzzy, reverb heavy sounds layered atop driving, twangy, garage rock, they pull from a variety of sounds influences that one might not necessarily expect to hear, all in the same song. The band released their first EP, Solstice, last fall, followed by a 7” this spring with a full length album to follow.

We’ve been fans of Ranch Ghost for several years now and think they’re worth hearing anytime you get the chance. Their psychedelic, surf rock has a distinct ‘60s influence that will pair well with the fuzzy sound of Heaters. If you haven’t heard them play yet, tonight’s a great opportunity to see them on a good bill ahead of their recently announced Halloween show with Jeff the Brotherhood and Diarrhea Planet at the War Memorial.

Just last month we were highly impressed with Butthole when we caught them at The End. This four piece is abrasive, sometimes raunchy, and not for the faint of heart. Their surf punk sound obviously has a ‘60s influence, like all the bands on tonight’s bill, but takes it to a completely new place.  This band is really new on the scene, and we don’t have anything to embed for them.  But, based on the number of bills they’re finding themselves on of late, the secret is clearly getting out about this buzzy new Nashville band.

Heaters, Ranch Ghost and Butthole will perform tonight, August 26th at The Stone Fox. The show is 18+, begins at at 9pm, and tickets are available for $8 at the door.

No Country Premiere: Stream The New Track "I'll Take It All" from Scot Sax and Suzie Brown