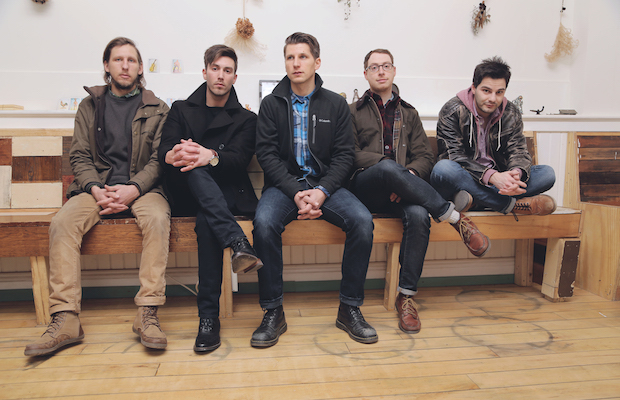 There’s hardly a night that goes by when there isn’t a band rocking out at The End, and tonight is no exception. Newly regrouped emo rockers The Early November are here in support of their newest release, Imbue, but surely won’t disappoint fans by not playing some classics from the mid-2000s. They’ll be joined by two of our favorite Nashville-based rock bands, Better Off and Clay Cages, to combine some new talent with one of the scene’s veterans. Read through for more info about the show and prepare your body for all the jumping around and scream-singing that you’re bound to do.

The Early November have been a staple of the emo rock scene since 2001 when they recorded a 5 song demo in lead singer Ace Enders’ basement in New Jersey and sent it off to Drive-Thru Records. Their debut EP For All Of This and followup full-length album The Room’s Too Cold are classics of their genre, switching back and forth from loud, swirling guitars to soft, melancholy acoustic tunes, showcasing Enders’ wide range of songwriting. The band took a hiatus shortly after the release of their third album (which is technically three albums in one) in 2006, a concept album called The Mother, The Mechanic and The Path, and remained out of the spotlight until 2012 when they released In Currents, which took them back to their roots of loud, angsty rock with Enders’ emotionally charged vocals. This year’s release, Imbue, which seemingly came out of nowhere on Rise Records, continues in that path, proving that they’re at their best when they’re doing what got them known in the first place. Check out the video for the song “Better Off” from the new album below.

We’ve been telling you about local pop/punk outfit Better Off for awhile now; the band recently released two singles, “Whatever, I Don’t Care” and “Dresser Drawer,” from their upcoming album Milk, out September 11 on Equal Vision Records. The group’s recent success includes stints opening for New Found Glory and Bayside before heading out on this tour with The Early November, so we’re excited to catch them in a small setting before their album undoubtedly takes them to new heights. Give “Whatever, I Don’t Care” a listen below to get you pumped up for the show.

Another local act in the rock scene, Clay Cages released their debut EP Tensions in September 2014 and are currently working on its follow-up, The Lenses We See Life Through, due out sometime this fall. With a melodic hardcore and post-rock influence, they’re a great fit to round out the bill tonight. Listen to “Wake” from Tensions below.

The Early November, Better Off, and Clay Cages will perform tonight at The End. The show is all ages, begins at 7 p.m., and tickets are available for $15.

[No Country Premiere] Watch The Bandoliers Party With "Leslie"