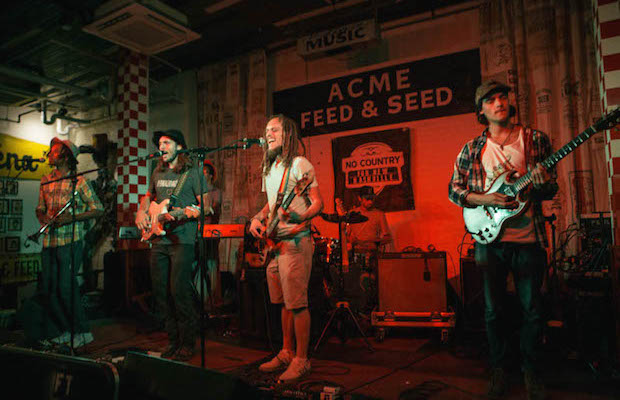 Roots of a Rebellion. Photo by Amber J. Davis.

We would like to continue to welcome all of you reading this out there in Music City and beyond to Acme Feed & Seed every Tuesday night, for the weekly showcase from our live events wing, No Country Presents! This past Tuesday’s bill featured a full band outting for Charles Johnson, rowdy blues rock ’n’ rollers Blackfoot Gypsies, and reggae rockers Roots of a Rebellion. Added to the mix this week was a huge crowd just up the road at Ascend Amphitheater (for Sublime with Rome), most of whom found there way to us for a late night jam at our favorite Broadway hot spot. Read on for a recap, and for some great shots from contributing photographer Amber J. Davis.

Another Tuesday, another Lyft to 1st Avenue, and another evening of free tunes at Acme Feed & Seed. However, as soon as I go out on the street downtown, it was obvious this showcase would be a little different than previous adventures. For starters, as I’ve already mentioned, Sublime with Rome were in town and rocking it out at Ascend, so the dub/reggae-rock lovers were hovering about in flocks. Keeping this in mind, we’d booked the biggest band in the local reggae scene to headline our weekly event, but they were just the icing on the top of the cake. We had two other quality acts on deck to keep the everyone entertained. 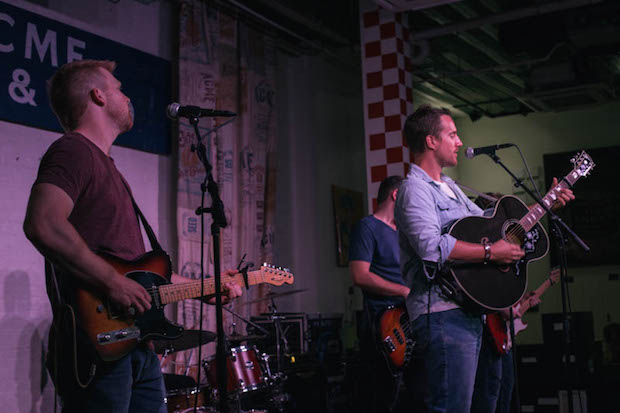 Expanding on his sound by adding a five-piece backing band, Charles Johnson began to draw in the larger-than-average-Tuesday-night crowd from the first notes he plucked. One immediately notices his always in tune but just raspy enough vocals, which has deep undertones that melded perfectly with the arrangements for some of his slower numbers. When they cranked it up a bit, the band had a Heartbreakers feel to them, but Charles will forever be more of a Bruce Springsteen than a Tom Petty … especially with the Springsteen-esque lyrics to his remarkable songs. I thoroughly enjoyed his Americana inspired set of originals, and towards the end when they covered Marshall Tucker Band’s “Can’t You See”, I had chills of delight running up and down my spine. 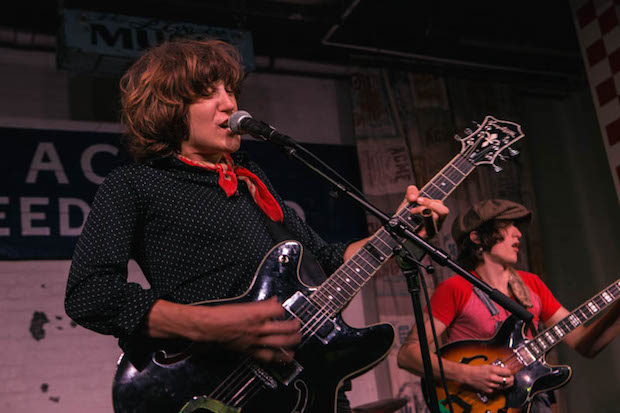 There was a short break in the action, and then it was time for friends of the blog Blackfoot Gypsies to do their thing for the second week in a row, but this time in the middle time slot instead of as the closers. I was very eager to see such a hard rocking band play so early, which is something we’ve tended to avoid doing in the past, opting to put the rowdier acts on later. Although they still brought the energy, as they ALWAYS do, this week’s performance was a little tamer than last week (read this post), with frontman Matthew Paige opting out of wearing his afro wig. His now customary led singer/guitarist hi-jinks were still intact.

They rocked out their set extra hard, and it didn’t seem to put off the large dinner/tourist crowd whatsoever. Of course, the BFG have already started to amass a hardcore group of local fans who were also in attendance, but towards the end it was obvious they’d grabbed some new fans too, including some guy from Canada in the front row who stood on his stool after they’d finished clapping vigorously, demanding an encore. By now I am very familiar with their honky tonk blues era Rolling Stones inspired catalog, but they blessed us with a brand new track (working title “Vision”) that has a heavy crowd participation vibe, which I loved. Also always worth mentioning is Ollie Dogg’s epic harmonica playing, which is what truly takes BFG music to the next level. 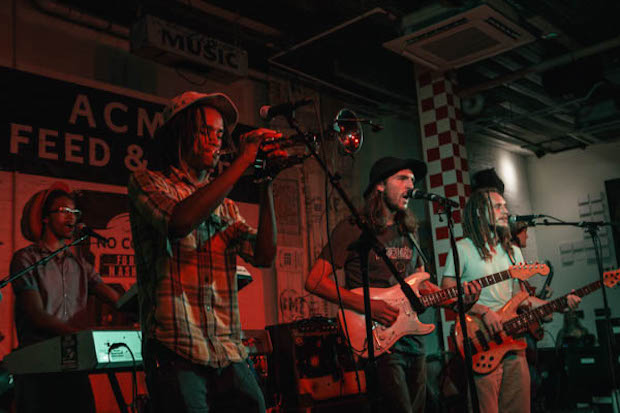 Roots of a Rebellion. Photo by Amber J Davis.

After a longer then usual break in the action — we were hoping to get some people wandering in from the Ascend show up the street — Roots of a Rebellion were ready to turn out our unofficial Sublime with Rome after party, and turn it out they did! ROAR are a band we throughly enjoy and one we’ve covered before (read this post), but this was our first chance to book them for a No Country Presents showcase. In addition to being some amazingly awesome people, super talented musicians and fixtures in the Music City indie scene; they are also the heart and soul of a budding Tennessee reggae movement that is based in Nashville, thanks to local DIY label Dub Cellar Records (members of the band are founders of the label).

As they played on well past midnight, most of the gathered crowd stayed till the very end, with natty dreads and casual fans from the Sublime show wandering into Acme in droves as well. It was pretty obvious that ROAR were one of our biggest draws to date. Tables were cleared and pushed aside as the front area of the stage turned into a reggae inspired dance party, all the while the band promoting the sound culture and vibe they hope to create in a place that couldn’t be more different than Jamaica … middle Tennessee.  As I looked around, seeing all the smiles on everyone’s faces and positivity filling the air, I can’t help but feel like they are helping to move local and out-of-town music fans in the right direction. Whatever you do, make it a priority to see these guys live, because it is always a good show, and there is no way you’re not enjoying yourself when the music hits.

Enjoy more amazing photos from Amber J. Davis below, and be sure to join us next week at Acme for a very special roof-top party with White Reaper, Daddy Issues and Jawws that is co-curated by local indie/punk label Infinity Cat Records. It will be a blow-out for sure, so get there early, while space is still available. Hope to see you all there!