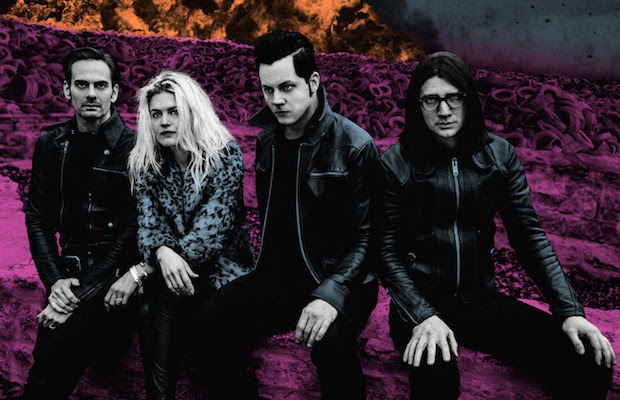 After teasing us with a TIDAL-only premiere of their new single and music video (seriously, does anyone use TIDAL???), local supergroup The Dead Weather have officially debuted their vid for explosive new track “I Feel Love (Every Million Miles),” coinciding with the launch of physical and digital pre-orders of their long-awaited, upcoming third album Dodge & Burn (due out Sept. 25). The band, which features Jack White (on drums), The Kills’ Alison Mosshart, The Raconteurs’ Jack Lawrence, and Dean Fertita who performs with various Jack White projects as well as Queens of the Stone Age, have been teasing Third Man Vault members with exclusive singles spread out over the last year and a half, but “I Feel Love (Every Million Miles)” marks their first public track in support of the new album. Watch the stylish, Ian & Cooper directed video below!