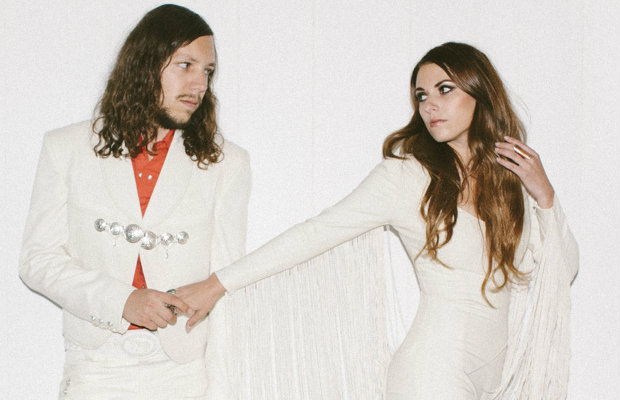 If you didn’t get to catch Nashville’s Escondido a few years ago when their stellar debut album, The Ghost of Escondido, was released, you’re in luck this weekend. They’ll be bringing their stark, desert-inspired songs to the Basement East tonight, August 21. Joining them are local songwriter Austin Manuel and acoustic folk band The Almanacks. The show is 21+, starts at 9pm (doors at 8 pm), and costs $5 at the door.

Tonight’s show at the Basement East is somewhat of a homecoming for Jessica Maros and Tyler James of Escondido, who have both spent considerable time in LA over the last year, and we couldn’t be more excited for the pair’s return. They’ll be playing lots of new material tonight, with their full band. Their debut album garnered praise from a variety of sources, including Vogue and saw them touring the country and playing some of the late night talk shows. If their last record is any indication of things to come, the new songs they play tonight are sure to be moody, layered songs that we’ll be humming for days.

Austin Manuel’s song “Hold on Tight” was featured on NoiseTrade’s 2015 ‘Best of What’s Next List.’ The Nashville based singer/songwriter will be releasing a new album, Up the Ridge, this year, and we can’t wait to hear it.

The Almanacks are another locally based act. They’re a folky, largely acoustic band with a knack for storytelling in their songs. Singer Rachel Beasley’s vocals are deep, sultry, and haunting. Check out their debut album, Debut Debut, to get a taste of their sound.

Escondido, Austin Manuel, and The Almanacks will perform tonight, August 21st, at The Basement East. The show is 21+, begins at 9pm (doors at 8pm), and tickets are available for $5 at the door.