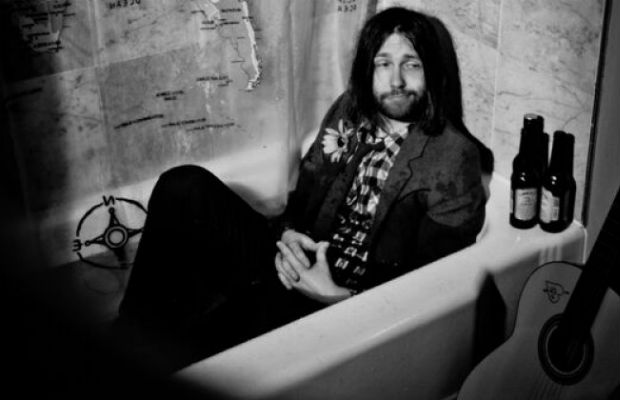 Local songwriter Aaron Lee Tasjan has quite a bit of well-deserved critical acclaim swirling with the initial tracks from his upcoming debut LP, In The Blazes, which drops on Oct. 6.  The respected guitarist has been honing his songwriting chops with a fresh, honest, and often tongue in cheek humor, and that is clearly evident in the track “E.N.S.A.A.T.” (East Nashville Song About A Train), which starts out with, “Well, the kids in this town don’t have a clue. They’re as white as the collar that they painted blue.”  Also, as any of you that dwell on the East Side, with its multitude of neighborhood freight trains, know that the lumbering traffic stops and late night alarm clocks, are fodder a’plenty for songwriters.

Have a listen to “E.N.S.A.A.T.” below to hear ALT’s incredible job of playful poking at the East Nashville “establishment,” and then dive into the diverse range of other singles from In The Blazes on ALT’s Soundcloud page.  If you don’t believe that Tasjan is having fun with his life, then just keep up with him on his awesome Twitter handle: @ALTisyourenemy.