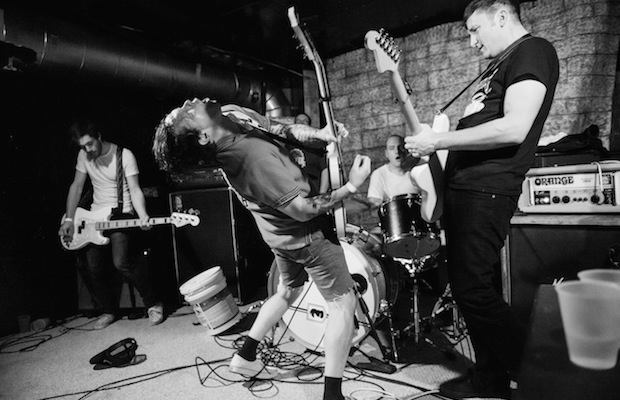 Philadelphia punk outfit Beach Slang, who we recently saw absolutely destroy at Exit/In opening for legendary emo group Braid, are finally gearing up to drop  their debut full-length, The Things We Do To Find People Who Feel Like Us, this fall, following an incredible amount of buzz over the past year fueled by just a handful of 7-inch releases. Stepping out for a headlining tour, the band have announced a return to Nashville just days after the LP’s Oct. 30 release, for a Nov. 2 show at The End, along with Lithuania and Worriers. Led by frontman James Snyder, Beach Slang co-opt elements of emo and indie rock, playing with an energetic earnestness that feels like a loveletter to indie punk without entering the territory for full-blown nostalgia; their sound is both fresh and familiar, and it’s no surprise that they’ve racked up endless critical praise from so many tastemaking media outlets and punk fans. Snag tickets here for just $10 while they last.