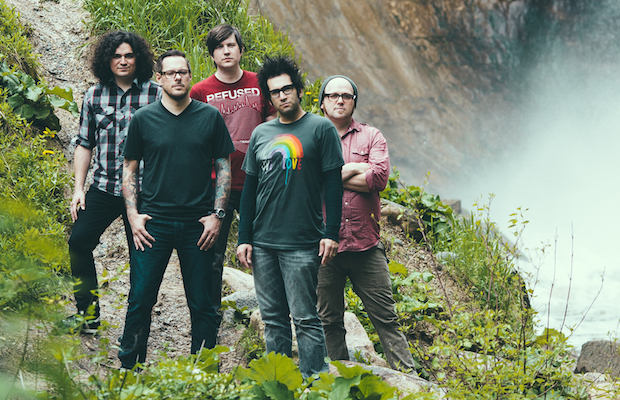 Winding down the 10th anniversary tour cycle for their classic 2005 release Commit This to Memory, which brought them to Exit/In just last month, beloved indie/alt/pop punk group Motion City Soundtrack are finally focusing on the future once more, and have just debuted a new music video for their latest single “Lose Control.” Directed by Dan Huiting, the video premiered today on The A.V. Club, and the track comes from the band’s long-awaited sixth album, Panic Stations, due out Sept. 18 on Epitaph. Watch “Lose Control” below, and be sure to catch Motion City Soundtrack when they return to Nashville on Nov. 16 alongside The Wonder Years at Cannery Ballroom (tickets here)!