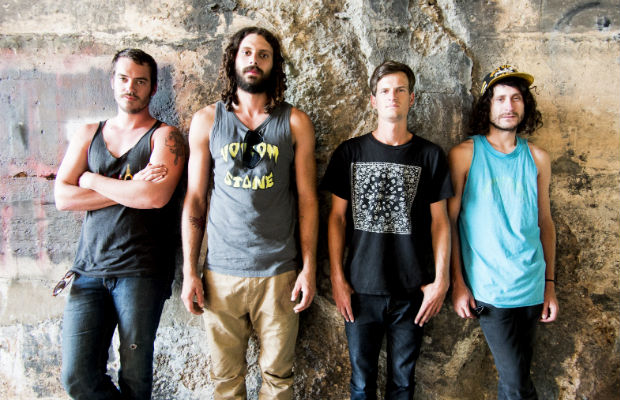 Good news for fans of local rock outfit All Them Witches: they’ve officially been signed by Nashville indie label New West Records. Next up for the dudes that bring us perpetual bluesy goodness? Their first ever label-backed album release titled Dying Surfer Meets His Maker. “Dirt Preacher,” the band’s first single off the album, perfectly pairs the heavy hitting, psychedelic rock with the classic sweet guitar riffs we all know and love. All Them Witches can be heard next when they return to the Live On The Green stage Saturday, Sept. 12. Hopefully all that groovy surfer jammin’ will be enough to hold us over until October 30, when Dying Surfer Meets His Maker is released. Check out their new single below!