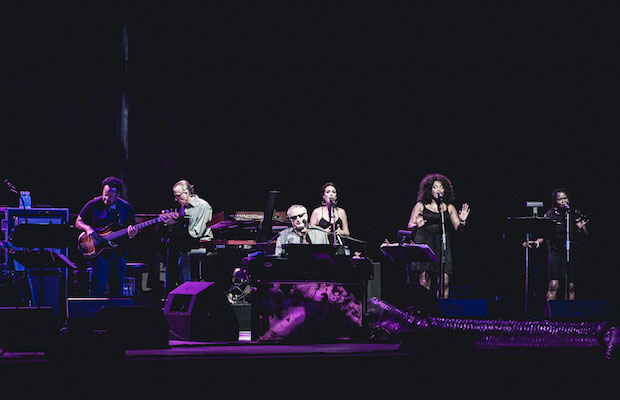 While there were several members of the Rock and Roll Hall of Fame playing in town over the weekend, for anyone hoping to catch two members for the price of one concert ticket, Ascend Amphitheater, where Steely Dan and Elvis Costello played on Saturday night, was the place to be. Steely Dan put on a performance that took fans straight back to the ‘70s and Elvis Costello ran through songs like “Watching the Detectives,” “Allison,” and “(I Don’t Want To Go To) Chelsea” while audience members danced in their seats. See photos and read the full review below. 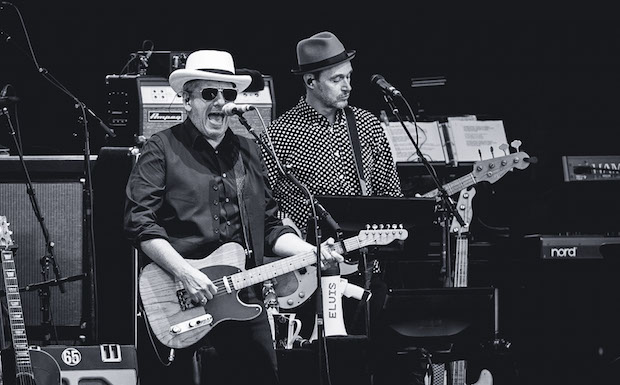 While Elvis Costello and Steely Dan seemed to be booked as something of a double headliner for Saturday’s show, Elvis Costello was unfortunately treated by the audience like an unknown opener. Aside from a handful of fans dancing in the front, and a few nodding heads, the response to Costello was wholly disappointing. Even as Costello approached the edge of the stage and raised his hands to the audience to incite applause, few people in the crowd responded. As he took the stage promptly at 7, many seats remained empty and many of the Steely Dan fans who were present seemed completely unfamiliar with Costello, whose set included all the classics one could hope he might play. Costello and his band were stellar and played a funky, usually upbeat set, with the bass loud in the mix, which was sounded particularly good on “(I Don’t Want To Go To) Chelsea.” There were a few people who were very excited about the set, including one man who approached the stage to bow down at Costello’s feet in worship. Regardless of the crowd’s enthusiasm, which did start to pick up towards the end, Elvis Costello put on a great show, adding little touches like pulling out a bullhorn for siren affects during “Watching the Detectives.” 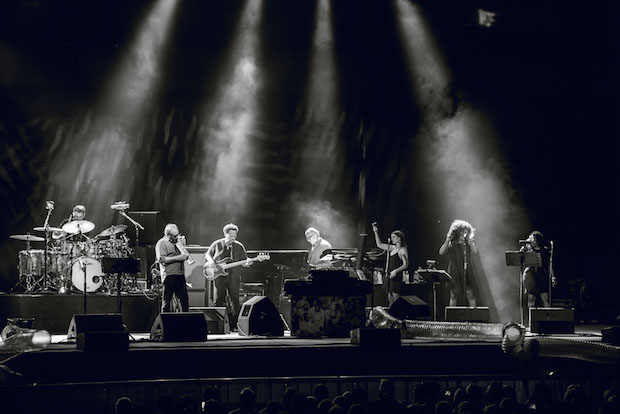 By the time Steely Dan took the stage, the crowd had probably doubled in size. We were treated to a 13 member band, including three backup singers, a saxophone, and trombone. The band played all the hits and made frequent, and long, references to what they presumed to be the heyday of most of their audience members, guaranteeing that if the crowd just sat back, they would be transported back to a happier time. The audience seemed more than happy to let that happen and they cheered as Steely Dan made their way through some lesser known songs alongside the standard hits. Long instrumental jams with top notch backing vocals defined most of the songs and there was even a melodica solo to be found among all the instruments on stage. For longtime fans of the band, there wasn’t much to complain about. The sound was great and the audience was treated to fantastic versions of songs that left them nostalgic for days gone by.

Stream The New Single "Plant The Seed" From Frances & The Foundation!