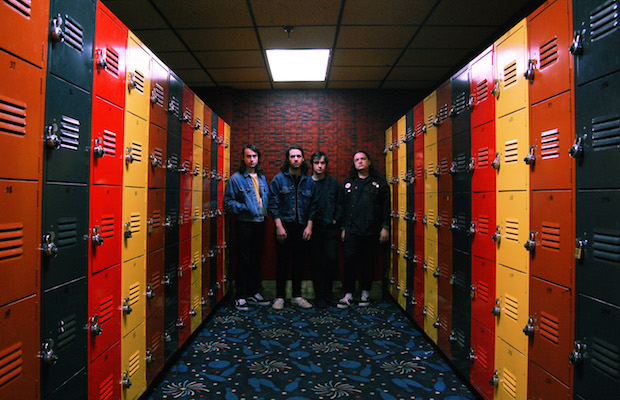 Fresh off an epic performance at Forecastle Festival in their hometown of Louisville, KY, and celebrating the release of their explosive, debut full-length, White Reaper Does It Again, young rock and roll upstarts White Reaper, whose fuzzy, indie, garage rock sound straddles genre lines just enough to defy classification, are set to return to Nashville for the first time since an in-store appearance last summer at Grimey’s, and guess who’s booking their show? That’s right, we are!

Over the last year, our weekly No Country Presents Tuesday night showcase series at Acme Feed & Seed has grown tremendously, and, while many a week has been pegged “one of the best,” our Aug. 25 show, for which we’ve teamed up with Infinity Cat to curate, might just go down as the best installment yet. Like our pre-Bonnaroo night, we’re moving the party up to the rooftop, but don’t worry, it remains totally FREE!

Joining White Reaper to help cement this bill as the best free fun you could possibly ask for are Infinity Cat artists JAWWS and Daddy Issues, two young bands who should need no introduction, considering we rave about both constantly. Still, we’ll have a full preview up closer to the show, so keep a look out for that and start spreading the word, Aug. 25 is going to be one Acme party you don’t want to miss!