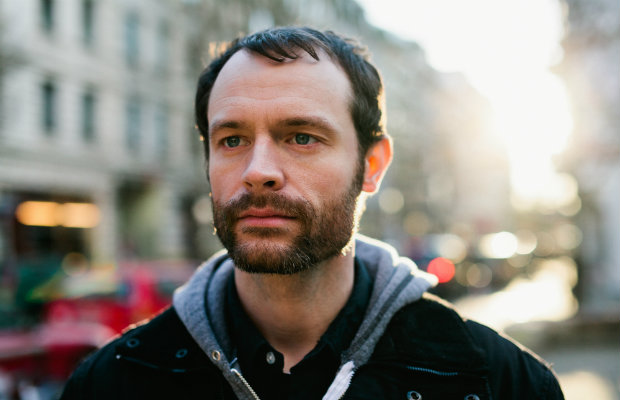 Just a few years ago, Rocky Votolato was taking a serious break from music after releasing 13 critically acclaimed solo albums and then hitting a wall. He had gone over a year without writing anything new and was battling a deep depression. Unsure if he’d ever write again, Votolato decided to start attending therapy and was finally able to start writing. Tonight, Aug. 4, he plays at The High Watt in support of his 14th album, Hospital Handshakes, along with his band. Also performing are Dave Hause, who’s played with a long list of bands including Social Distortion and The Gaslight Anthem, and Chris Farren, who is the frontman of indie punk band Fake Problems. The show is 18+, begins at 8:30pm, and tickets are available here for $13.

Rocky Votolato’s 14th album, Hospital Handshakes, is the result of his time of the road, battling depression. After going more than a year without writing a new song, Votolato was finally able to start writing last year, and he came up with more than 30 new tracks. He took them to his friend Chris Walla, who had just left Death Cab for Cutie, and the songs turned out to be the right project at the right time for the two artists. The new album deals with subjects like overcoming depression and spirituality. It’s the same songwriting style people have come to expect from Votolato but with a new perspective on life. A veteran of the ’90s post-hardcore and emo scene, the Seattle native’s solo output has gravitated more towards folk and indie in recent years, but the earnestness and punk base of his old associations is still engrained in his sound.

Dave Hause is the former singer of band The Loved Ones. His solo album, Devour, features musicians Bo Koster of My Morning Jacket and David Hidalgo, Jr. of Social Distortion. The record is a search for the light at the end of the tunnel for Hause, who has toured with a long list of bands, and is now starting to pursue the music that feels right to him. Its a search for possibility and a theme that fits well with Rocky Votolato’s new music. Like Rocky, Dave’s musical foundation was forged in a love for punk and hardcore, but, solo, adopts a folkier, more straightforward rock approach.

Chris Farren is an artist who’s constantly collaborating with friends and other musicians and always looking for his next project. In April he released a poppier, more experimental, three song solo EP, Where U Are, a split single with Tim Kasher, and, last year, formed Antarctigo Vespucci with Bomb the Music Industry!’s Jeff Rosenstock. After years fronting Florida indie punk band Fake Problems, self-proclaimed punk celebrity (and jokester) Farren is coming into his own as a solo artist and pursuing a myriad of related projects including his own record label and t-shirt designs.

Catch Kasey Chambers And The Roosevelts at City Winery Tonight!