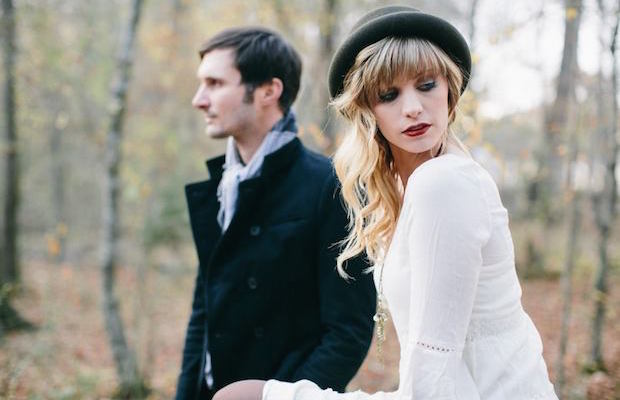 Mondays are the worst. That’s actually a scientific fact. But rather than going straight home from work and whining about how stressed out you are and how terrible your day was, go wind down at The High Watt tonight with acoustic pop duo The Sweeplings. The show starts at 8pm and tickets are only $10, so read on for more info about the lineup, including opener Paul McDonald, and get ready to kick your case of the Mondays to the curb.

If you’ve felt a huge void in your heart ever since The Civil Wars broke up last year, then The Sweeplings are the perfect band to help heal your pain. The duo formed when Whitney Dean, an Alabama native who actually worked with John Paul White pre-Civil Wars era, saw vocalist Cami Bradley performing on America’s Got Talent and reached out to her through Facebook to ask about writing together. They met, clicked, and the rest was history. Their debut album Rise & Fall, full of haunting melodies and beautifully harmonized vocals, comes out tomorrow, so don’t miss them performing these songs live tonight in celebration of its release. Check out the video for their song “Cannonball” below, which was filmed over in Franklin, TN.

East Nashville resident by way of Alabama, singer-songwriter Paul McDonald gained attention after becoming a top 10 contestant on American Idol in 2011. His songs, which have been placed in everything from the Twilight movies to NBC’s show Parenthood, are the kind of catchy, indie pop tunes that are universally liked. Give his latest single “Bright Lights” a listen below and catch him opening up the show tonight.