[TICKET GIVEAWAY] Between the Buried and Me w/ Animals As Leaders & The Contortionist | Aug. 15 @ Marathon Music Works 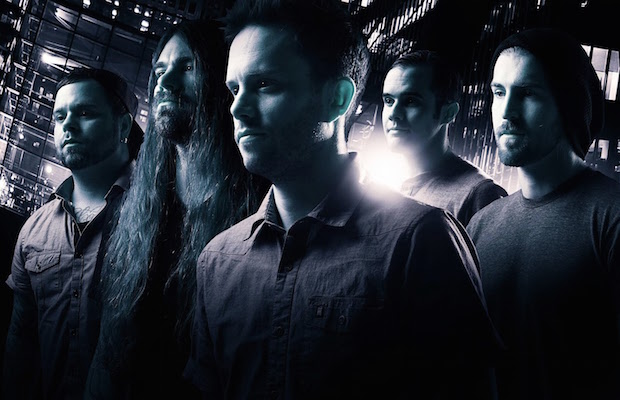 As we’ve been raving about for months, seminal prog metal rockers Between the Buried and Me, who also blew us away last month at Bonnaroo, are set to return to Nashville proper for the first time in two years next month, Aug. 15 at Marathon Music Works. Supporting the group are two similar spirited acts (and longtime tourmates) Animals As Leaders and The Contortionist, and, although you can still grab your tickets right here, we’ve decided to give away a pair of tickets to one lucky metalhead out there! Enter below and read on for more!

Earlier this month, seminal North Carolina progressive metal act Between the Buried and Me dropped their long-awaited seventh full-length, Coma Ecliptic. Just last month, they injected Bonnaroo with a healthy dose of heavy metal. Next month, they return to Nashville for their previously announced show at Marathon Music Works, where bands like Mastodon have passed through already this year. Not a bad time to be a metal fan in Music City. Formed in 2000, BTBAM really rose to prominence a decade ago, following a few lineup shakeups which culminated in locking down the quintet of talented players who’ve remained since ’05, for the release of their buzzworthy third album, Alaska. Throughout their Victory Records years, the band quickly found an audience in the metal and hardcore scene, going on to perform at the likes of Ozzfest, Warped Tour, and countless other high profile events, and to tour with Mastodon, Every Time I Die and more. Though their earlier years saw the band experimenting with metalcore (a thriving genre in North Carolina in the early ’00s), progressive metal, and death metal, they’ve evolved to become a lot heavier on the prog with recent releases, incorporating more technical prowess, broader instrumentation, and more unique and unpredictable songwriting. The band’s last effort, The Parallax II: Future Sequence, even became the basis of a DVD, where they broadened the already ambitious album’s scope with a wide variety of unorthodox instruments. Drawing also from prog rock, alternative, and more, Between the Buried and Me are group built for fans of sweeping, technical songwriting and heavy sensibilities, and they’re sure to bring an intense, rowdy evening to Marathon!

Winner will be announced Friday, Aug. 14 at 3 p.m. CDT, and will receive one pair of tickets. Good luck!

Between the Buried and Me, Animals As Leaders, and The Contortionist will perform Saturday, Aug. 15 at Marathon Music Works. The show is 18+, begins at 8 p.m. (doors at 7 p.m.), and tickets are available for $20-23.