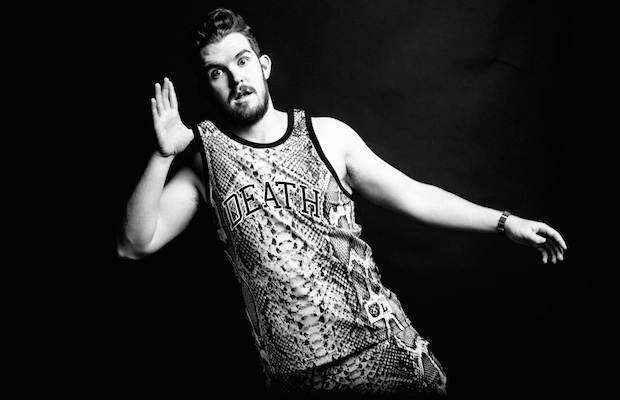 As we mentioned in our preview this morning, local experimental rapper Justin Donahue, better known as Jung Youth, and his band are set to open for a stacked bill of Wu-Tang Clan’s Raekwon and Ghostface Killah, plus Dillion Cooper, TONIGHT, July 28 at Marathon Music Works! As a special treat (no pun intended) for fans, and in celebration of the show, Jung Youth has asked us to premiere his brand new single, helmed by buzzworthy local producer Super Duper, called “Ice Cream Man.”

“‘Ice Cream Man’ is a fun summer single that I wanted to release for the sake of the season. Super Duper (the song’s producer) and I are readying a project (tentatively titled ‘Stay Chill’) for Q1 of 2016 and this is just a taste of what’s to come.”

Tickets to tonight’s 18+ show are still available, with doors opening at 7 p.m. and Jung Youth on at 8. In especially baller fashion, and in celebration of the single, there will also be an ice cream truck at William Collier’s from 6-7 p.m., giving out free ice cream to the first 50 people who arrive! Listen to “Ice Cream Man” below!