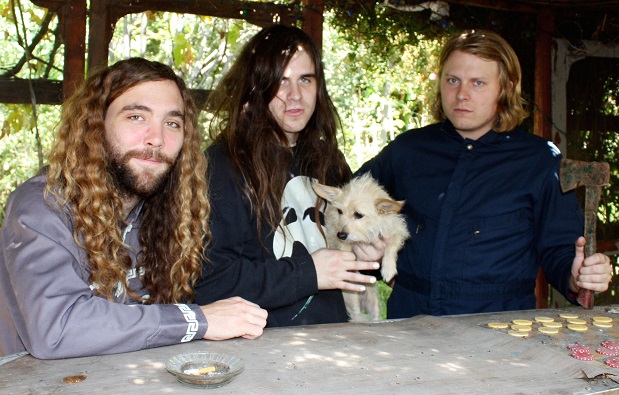 Cult followed, psychedelic, garage rock shredder Ty Segall has reunited with his band Fuzz to release the power trio’s second record, a double disc at that, aptly entitled II, due out October 23rd (pre-order digitally here) on In The Red records. Seagall, a multi-instrumentalist best known for his solo body of work, where he destroyers listeners’ ear drums on guitar/vocals, is actually the drummer for Fuzz, with Charles Moothart (guitar) and Chad Ubovich (bass) filling out the line-up. All three share vocal responsibilities on what promises to be one of the best releases of 2015.

If this wasn’t enough good news out of Fuzz’s camp, the band is embarking on a massive international tour this fall, which will make it’s Music City stop Saturday November 10th at Mercy Lounge. Tickets go on sale this Friday, and you better jump on them, because the last time Segall played Mercy (read this post) it sold out. The rowdy show was picked by us as one of the best of 2014, and we expect nothing less this go ‘round. Fuzz has released two tasty tracks from the new record, “Rat Race” and  “Pollinate,” which you can check out below.