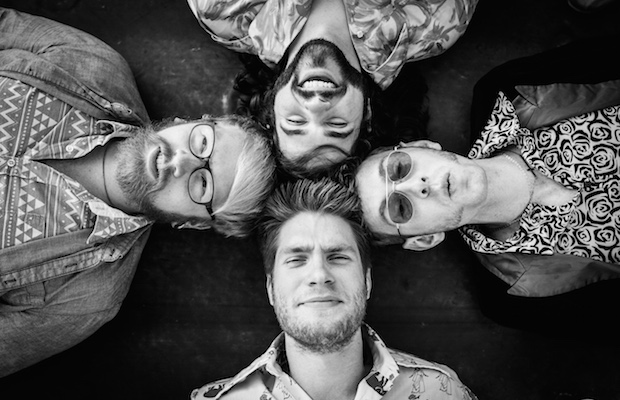 Head out to The East Room for a rock and roll filled Saturday night. Cincinnati rockers Injecting Strangers are returning to Nashville to play with locals Yumi & the System.  These “lucky little f*ckers” are touring for their latest album, Patience, Child. You won’t want to miss these powerful performances beginning at 9pm. Read below to learn more about the bands.

This band is from Cincinnati, Ohio but are no strangers to the Nashville scene. They’ve played with an impressive number of locals at house shows and venues alike. They most recently participated in local festival, Boro Fondo. Their album Patience, Child was released in October 2014, featuring their single “Detroit.” Injecting Strangers makes alternative rock that is ever evolving. It’s easy to see why they are self-described as “theatrical” when you hear their catchy harmonies and showy vocals. The band is without a doubt going to give a high energy performance.

These East Nashville rockers are no strangers to No Country. The duo has worked with producer Lincoln Parish among other big names, and their grungy sound is layered under strong female vocals. Yumi & the System perfects the experimental and ranges from dirty punk to groovy beats all within their album, Wonders of Origin, from which we previously premiered videos for “Back Of The World” and “The Garden”.

Injecting Strangers and Yumi & the System will perform Saturday, July 18 at The East Room. The show is 18+, begins at 9pm (doors at 8pm), and tickets are available for $5 at the door.