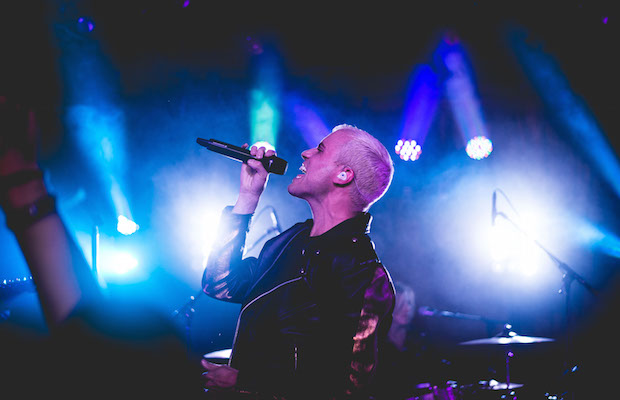 An incredibly diverse crowd made their way to Mercy Lounge on Tuesday to spend an “intimate night out” with Neon Trees, who are currently supporting their latest album, Pop Psychology. Thanks to solid opening sets from Fictionist and local indie-pop darlings COIN, the audience was fully prepped for a massive dance party that did indeed have the club going up on a Tuesday.

As I made my way into Mercy Lounge on Tuesday night, I wasn’t quite sure what to expect. The last time I had seen Neon Trees was back in 2012, when their track “Everybody Talks” was climbing up the charts. Although they were still solid performers back then, they hadn’t quite found their footing in terms of creating a solid and engaging set. Their latest album, Pop Psychology, is a more experimental and electronically-driven album that seemed like a challenge to translate successfully onto the live stage. It could either be a night full of awesome, energetic dance-pop or a trip to the club that would leave me utterly uninspired.

As the lights went down for Utah-based alt-rockers Fictionist, there was a aura of mystery that filled the room. Although they’ve been together since 2005 and have opened for other big-name bands like Vampire Weekend, the confused and inquisitive murmurs around signaled that most of the crowd didn’t know what to expect. For those fans who were mentally prepared for the glitz and sparkle of Neon Trees, they may have been taken aback by the band’s simple wardrobe selections of jeans and t-shirts. After a few guitar riffs, the band made a clear statement that they were here to rock. Within seconds of the first track, the entire club was bobbing their heads along in obvious approval. “You guys are super gangster, just like us,” lead singer Robbie Connolly joked to the crowd. Their short but sweet set featured lots of singalong-friendly tracks, including “Not Over You” and “Give It Up.” Their set ended up being the best surprise of the night and helped to start things off on the right foot. 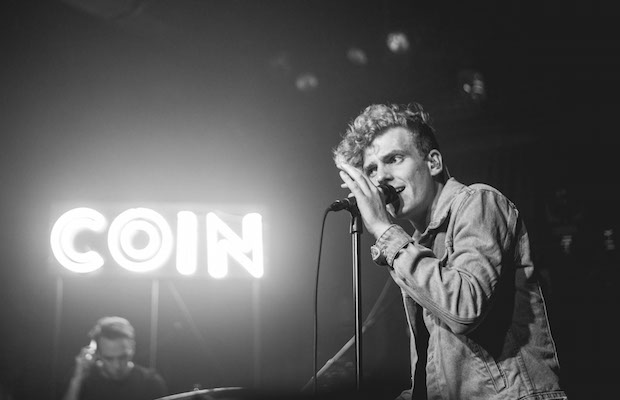 As the crowd waited for local pop-rockers COIN, the club seemed to shrink as more and more people crammed around the stage. When the local favorites finally made their entrance, standing proudly in front of an impressive neon sign with their name emblazoned on it, the energy in the room hit a new high. As they ran through track after track from their self-titled album that was released in June, their excitement never wavered. An sea of cell phones flowed across the crowd as they closed out their set with their infectious single “Run,” which seems to be popping up everywhere these days – and for good reason. Lead singer Chase Lawrence even noted that after just four days on tour, the band had already sold out of CD’s, which signals just how many people are getting turned on to their sound. Their set was incredibly fun to watch and was a great lead-up to the crazy performance that Neon Trees had up their sleeve. 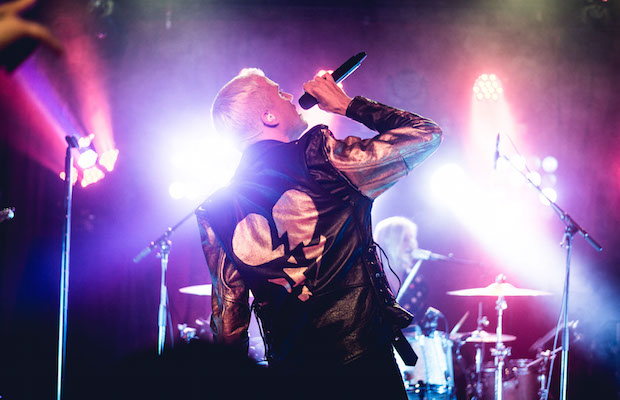 If there’s one thing you should know about Neon Trees, it’s that they know how to get a party started. From the clever choice of using Kelly Clarkson’s “Since U Been Gone” as their walkout track, to lead singer Tyler Glenn’s constant efforts to keep the crowd’s attention focused, there was never a moment where I was left questioning if they were really giving their all. From the first moment that they hit the stage, it was obvious that the band had carefully thought out every detail of their performance. Glenn’s silhouette lit by a giant blue spotlight was the crowd’s focal point as he started off the show with their current single, “Songs I Can’t Listen To.” It looked like an opening straight out of a Broadway show, which I’m sure was no accident on their part. 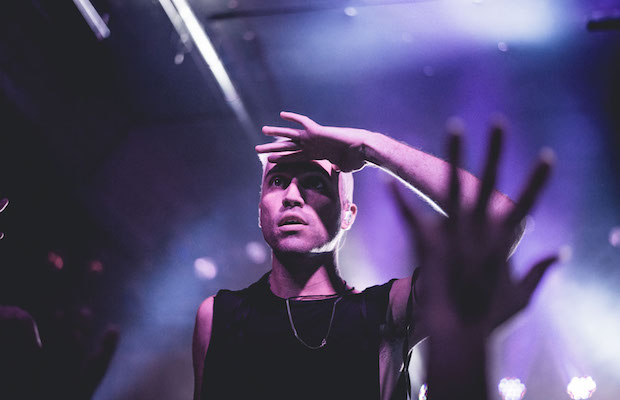 Halfway through the set, Glenn interrupted the set to rhythmically chant, “Nashville, what’s your problem?” He was constantly trying to draw more energy from the crowd, which can be an exceptionally hard thing to do in a city that sometimes seems to be powered off of somewhat-approving head nods. All the way through the night, Glenn strutted and slid across the stage with incredible ease, earning gleeful cheers and screams from the crowd. As they finally got to the end of the set, they rewarded us with their older hits, “Everybody Talks” and “Animal.”

The feeling of seeing a band like Neon Trees in such a small setting is hard to explain without experiencing it for yourself. There was an electricity that only comes from those kind of performers who know how to work a crowd, no matter what size it may be. Even though they might not be at the top of the charts like they were a few years ago, Neon Trees still know how to put on a killer show.