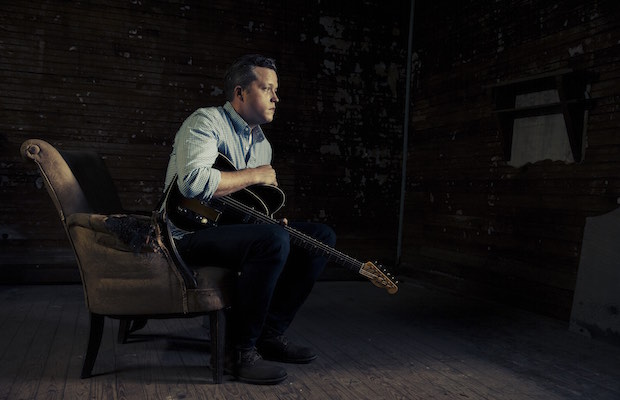 Jason Isbell knows a sad song when he writes one, and God knows he knows how to do that. Once a member of the Southern rock band Drive-By Truckers, his career has blossomed since leaving them in 2007. In 2013, his album Southeastern was released to overwhelmingly positive critical review and promising sales, peaking at 23 on the Billboard charts. The album is an in-depth look into some of the most struggling challenges in life met by both Isbell and those around him. His writing is personal, evocative, and extremely intimate.

Today, Isbell releases his fifth studio album Something More Than Free. The title track is yet another testament to his work as a modern day savior of country music; a blend of new age incredulity with the classic country man’s weariness as evidenced in the refrain, “Sunday morning I’m too tired to go to church, But I thank God for the work.” To celebrate the release of the album, Isbell will perform a set in the Grimey’s parking lot today at 5:30. The show is free. However, wristbands, for those who pre-ordered the album a few weeks ago, for a post show artist signing are sold out. If it is raining only wristband holders will be able to see the show as it will be moved inside to The Basement. With Isbell’s four night stand at The Ryman completely sold out, this show is a perfect opportunity to catch him. And be sure to get there early, because this one will most definitely be packed

Jason Isbell will perform today at Grimey’s. The show is all ages, begins at at 5:30, and admission is free.