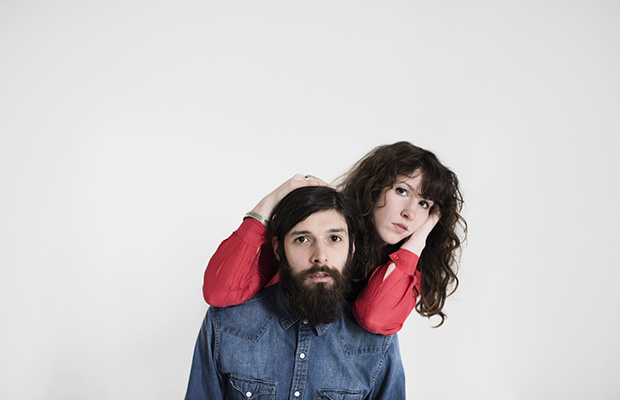 Since their formation in 2010, Widowspeak have seen a number of changes in their lineup and environment, and, with the release of their 3rd album All Yours less than two months away, vocalist/guitarist Molly Hamilton and guitarist Robert Earl Thomas continue to blossom since their self-titled debut in 2011. You’ll get a chance to hear some of this new material when Widowspeak blesses The Basement with support from local rock ‘n’ roller Lauren Farrah tonight (July 17th) at 9 pm. Tickets are $10 dollars, and if you are 21 or over, you can grab a ticket here or at the venue when doors open at 8:30.

Find out more about the despondent duo and their new record after the jump!

Widowspeak converges at a crossroads many bands do not tread, which is largely due to the scattered origins of the band. They bring together the hazy, gloomy melodies and ambiguity of the Northwest, simplified indie rock from the east coast, and an edge of bluegrass vibrato and steel guitars from the Catskills to create something extremely subtle and entirely new. Their self-titled, sensational debut in 2011 certainly felt like a shoegaze album, with sweeping leads and whispery vocal delivery, and met critical acclaim with the tracks “Gun Shy” and “Harsh Realm”. On their sophomore release Almanac, they really went exploring, spouting a spectrum of songs ranging from classic country on “Thick As Thieves” to the R.E.M. influenced “Devil Knows”.  Now, their 3rd full-length album, All Yours, takes their amalgam of influences and produces something new again. Dark, yes, and experimental as well, but with a new-found sense of ease, clarity, and beauty. The album is set to release September 4th on Captured Tracks, and you can check out the dark and cozy lead single “Girls” below.

Nashvillian Lauren Farrah is an independent solo artist who brings a fresh taste of folk rock and blues to the table, as well as an incredible set of pipes. Her voice is husky and mature, touting a life of experience and pain in melodies reminiscent of Joni Mitchell. She just calls it “badass rock ‘n’ roll.” Either way, her modern sensibilities combined with her reverence for music of the past makes her a strong up-and-comer in the Nashville music scene. Stream her debut album Champion of the Bad Luck Blues below.