Check Out Jay Gonzalez, Coyotes in Boxes, Ona and Blinds Tonight at The East Room 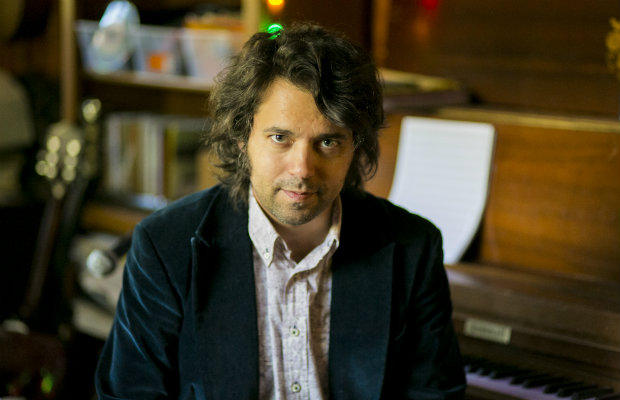 While you might know Jay Gonzalez from his role as keyboardist/guitarist for the Drive-By Truckers, his love of short pop songs and classic bands like The Who and The Beatles has led him to release solo EP, The Bitter Suite. Catch him performing tonight at The East Room with Coyotes in Boxes, Ona, and Blinds. It’s just $5 at the door and starts at 8 PM.

As a fan of classic rock and pop like The Bay City Rollers and The Sweet, Jay Gonzalez has crafted a solo EP, The Bitter Suite, that exists a world apart from his work with the Drive-By Truckers. The EP is a suite that features five songs with similar themes that come together to create a larger story arc, reminiscent of a 1970s rock opera or even a piece of classical music with multiple movements. The EP, which follows his solo album, Mess of Happiness, is available on vinyl with custom etching.

Formed in West Virginia in 2011, Coyotes in Boxes fostered a musical community in their home state, performing in intimate, unexpected settings like front porches, on the streets, and in homes. In 2013 they moved to Nashville, where they recorded their most recent album, Yowler. The indie rock album was recorded with a mixture of modern and vintage equipment and showcases the band’s unique songwriting.

Ona were recently named one of NPR’s All Songs Considered’s Favorite Musical Discoveries of 2015 (So Far), alongside artists like Houndmouth and Leon Bridges. In Ona, Bradley Jenkins and Zach Owens write songs that transport listeners to their home in West Virginia, an unincorporated area near the Ohio River.

Nashville based Blinds is Brian Zaremba’s spacy, ethereal solo project. The band has a debut EP in the works, but in the meantime you can listen to mod-influenced song Dana Sue Gray, available on BandCamp.

Jay Gonzalez, Coyotes in Boxes, and Ona and Blinds will perform tonight, July 16th at The East Room. The show begins at 8 PM (doors at 7 PM), and tickets are available for $5 at the door.