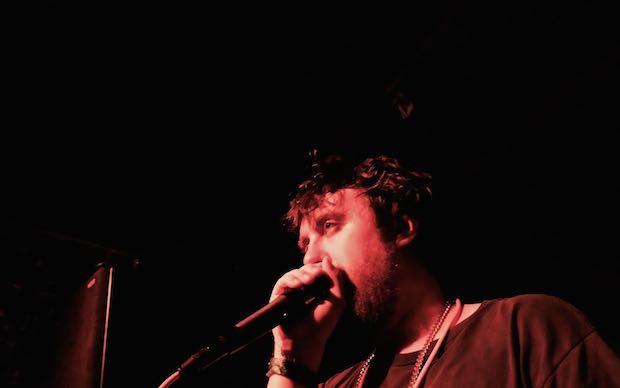 A very young crowd turned out at The End on Saturday night for a stacked bill of sad indie pop-rock featuring three touring acts and the local darlings Daddy Issues, who are getting lots of love from Nashville’s rock scene for their new Infinity Cat release Can We Still Hang. I don’t know if The End sold very much booze that night, but the house was packed with young’ns and it was hard to determine whether more people were there for openers Daddy Issues or headliners Elvis Depressedly. Two Brooklyn-based female songwriters, Eskimeaux and Mitski, also joined on the packed night of four bands playing music from new releases. 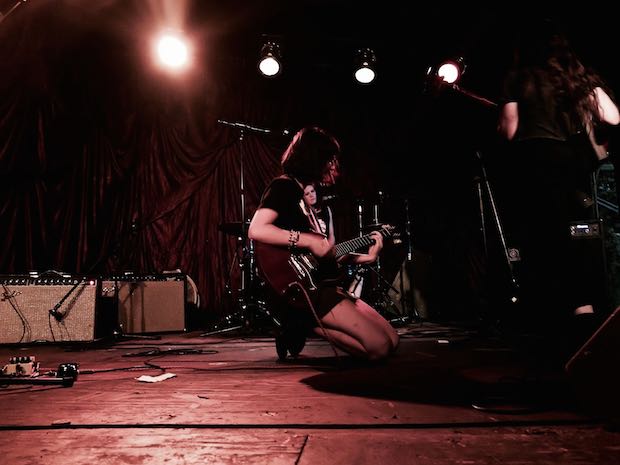 The all-girl pop-grunge trio Daddy Issues are just coming off the release of their first record, Can We Still Hang. The title sums up the subject matter of much of their material, the murky status of relationships in the modern era and hook-up culture and a young woman’s confusing role in all of it. Lyrics like “I’ve been a loser since I lost my virginity” and “I’m a creepy bitch… you should call the cops” examine the bewildering nature of young womanhood right now. While the subject matter is contemporary, the music is very ’90s, with grunge guitar laid under the era’s pop-rock melodies reminiscent of bands like Veruca Salt or the Cranberries. Onstage, they look almost too young and precious to behold, which given their name is totally intentional and a smart way to use their youth to their advantage in cultivating their act. 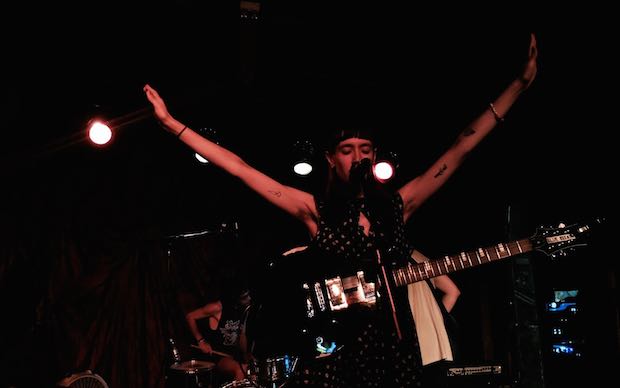 Eskimeaux are a Brooklyn-based act functioning as a solo project for songwriter/producer Gabrielle Smith. Onstage they have a hippie/hipster vibe that makes them look like something that walked straight out of a Portlandia skit, but Smith’s dreamy, confessional pop is made more than cute by her sharp lyrics. She plays with a four-piece that included an incredibly charismatic drummer, a member of her Brooklyn art collective The Epoch, who should have been playing closer to the front of the stage to exhibit that energy. Eskimeaux is just coming off the release of her latest album, O.K., which is more dream-pop and less electronic than her previous records. 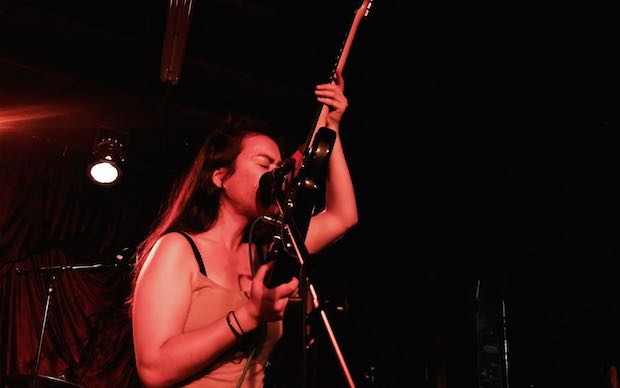 Mitski is also a Brooklyn-based solo performer and member of The Epoch, though her music is much more confessional, confrontational, and aggressive than Eskimeaux. Live she plays bass with a band of two Nashvillians, including Callan Dwan who you might recognize as the guitarist from Idle Bloom. Dwan’s melodies complimented Mitski’s vocals, which could go from sweetly melodic to shrieking screaming. Both Dwan and Mitski were compelling performers to watch, weaving their vocal and guitar melody lines in and around each other. Mitski finished the set solo, playing Dwan’s guitar and at one moment singing into the pickup, inspiring feedback, before closing with the sweet-sad ballad “Last Words of a Shooting Star” from her very well-received new album Bury Me at Makeout Creek. 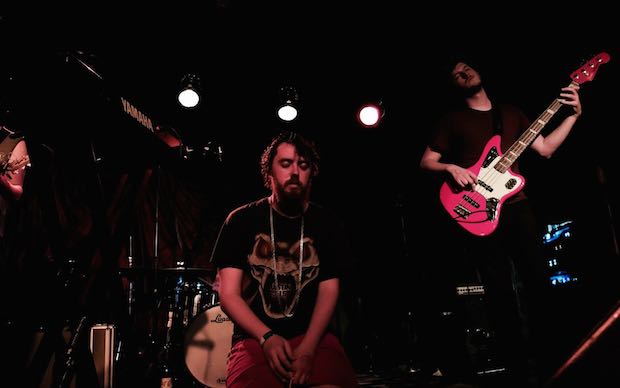 The hilariously and appropriately named Elvis Depressedly are just coming off their fourth full-length release New Alhambra. Frontman Mat Cothran sings and staggers around the stage with the microphone cord draped around his neck, eyes closed, singing with his voice covered in digital effects, while a five-piece band backs him up, playing slow, sad, indie pop. Cothran gives a sad-depressed demeanor while performing that’s pretty fitting for the band’s monicker and their moody lyrics. Their new record was made with mantra “no more sad songs,” and given the amount of people crowed into The End, it seems Elvis Depressedly’s fans are willing to stick with the group even as they try out a more positive outlook.