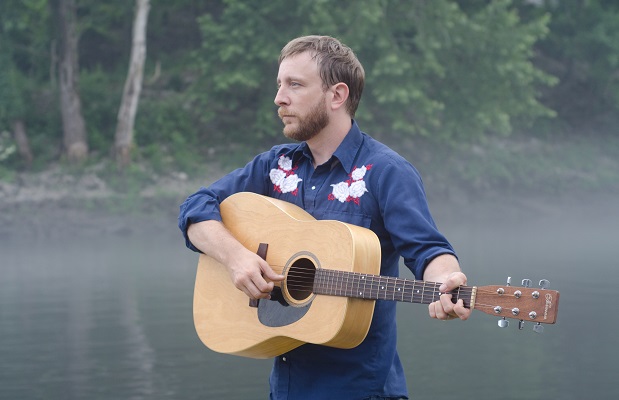 East Nashville based, country tinged shoegazers Runner of the Woods dropped their debut album Thirsty Valley last Friday, and now they’re ready to celebrate this magnificent event with a hometown CD release show TONIGHT at The Basement. This is a 21 + show, tickets are just $5 at the door, and the music starts at 7 pm. Look for fellow resident Americana artist Derek Hoke to kick things off on a night you NEED to be out and supporting local music!

Former frontman of NYC based Cajun honky-tonkers Doc Marshalls, Nick Beaudoing is pleased to bring us all his latest project, Runner of the Woods. The genesis of the band began during a very rough, recent portion of Beaudoin’s life, when his mother fell deathly ill in his hometown of Dallas, TX. Between trips from Nashville and Dallas, spending weeks on end away from his wife and child, Beaudoing managed to write some songs, and record the LP. Now it’s ready for mass consumption and we couldn’t be more happy to help see him play through a shitty hand he was dealt. Dance floor ready numbers, as well as a couple weepers, this record (and this band) have it all, and you can see them get things off the ground first hand, tonight.

Americana singing songwriting troubadour Derek Hoke is not your daddy’s style country music; he’s more like your grand daddy’s version, set to a modern template. He’s worked with Jason Isbell, Caitlin Rose, and Jack Lawrence (The Raconteurs/The Greenhornes) to name a few, and his last record Waiting All Night is just the kind of “country music” this town needs … less McDonalds-fast-food-mass-produced, dumbed-down lewdness, more real lyrical content and seasoned picking. Get to The Basement early to get an ear full for yourself.

Runner of the Woods, and Derek Hoke will perform TONIGHT at The Basement. The show is 21 +, begins at 7 PM, and tickets are available for $5 at the door.