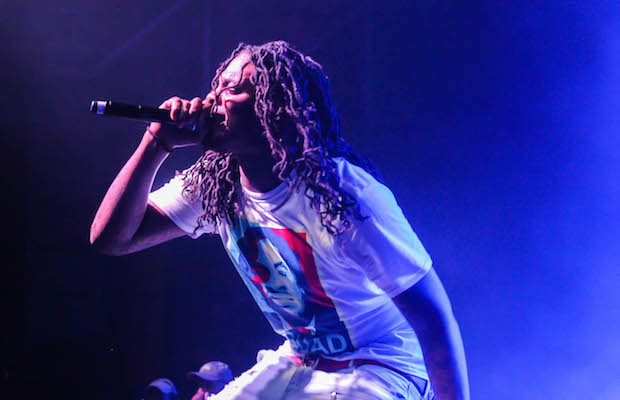 A typical night in Nashville is nothing short of a party. This weekend proved to be an especially wild time, when Atlanta rapper Waka Flocka Flame returned to Music City to perform at Marathon Music Works with D.R.A.M. and locals NAWAS. Like his show last year at Anthem, we absolutely had to be there, and, without a doubt, the eclectic rapper turned presidential candidate brought it even harder this time around. Read more for our full review of the show, and check out some great photos from contributor Ambre Stewart! 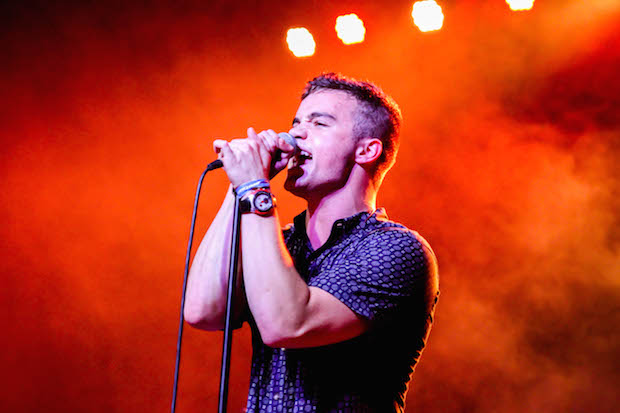 My friend and I arrived at Marathon Music Works a little early to get a good spot for the show. NAWAS kicked off the night in a timely manner by taking the stage exactly at 8. The crowd was sparse since most people didn’t arrive until later, but it mostly consisted of college students in basketball jerseys and an eclectic selection of young adults. The local singer and his group played and successfully pumped up the room for the acts to come. Their hip hop influence was evident in their noisy dream pop sound, which was definitely unique. A few fans toward the front knew the words and everyone else was bobbing their head along to the beats. Though I’d love to see NAWAS in a smaller venue since with better acoustics, to really be able to hear everything happening in the group’s heavy sound, it was nonetheless enjoyable and definitely a good choice as an opener. 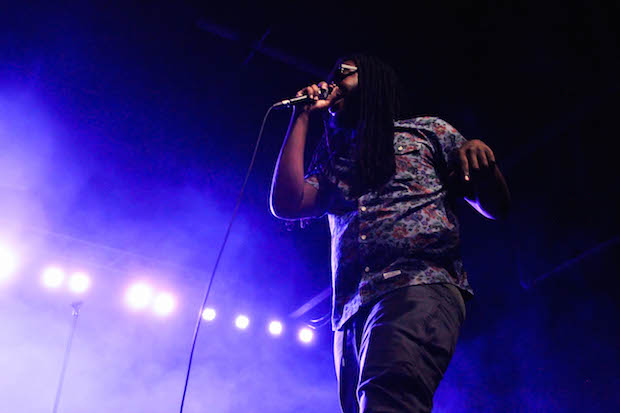 The set ended slightly early and popular rap hits played over the speakers while more audience members filed in. I moved closer to the stage in anticipation for D.R.A.M., and was not disappointed when he made his appearance. Entering in full force, bass blasting and whipping his dreads,  he encouraged the audience to jump and dance around, making things get sweaty pretty quickly. “Get Money” seemed to be a crowd pleaser everyone alike could get down to. The rest of his music came from his EP #1EpicEP and he also performed his single “IGB2U.” It was obvious that D.R.A.M. setting himself apart from the abundance of new rappers on these scene, with his experimentalism, originality, and substantive lyrics. His style of hip hop was loud and brought something new to the table. Very similar to Waka, his set was a fitting prerequisite for what was to come. 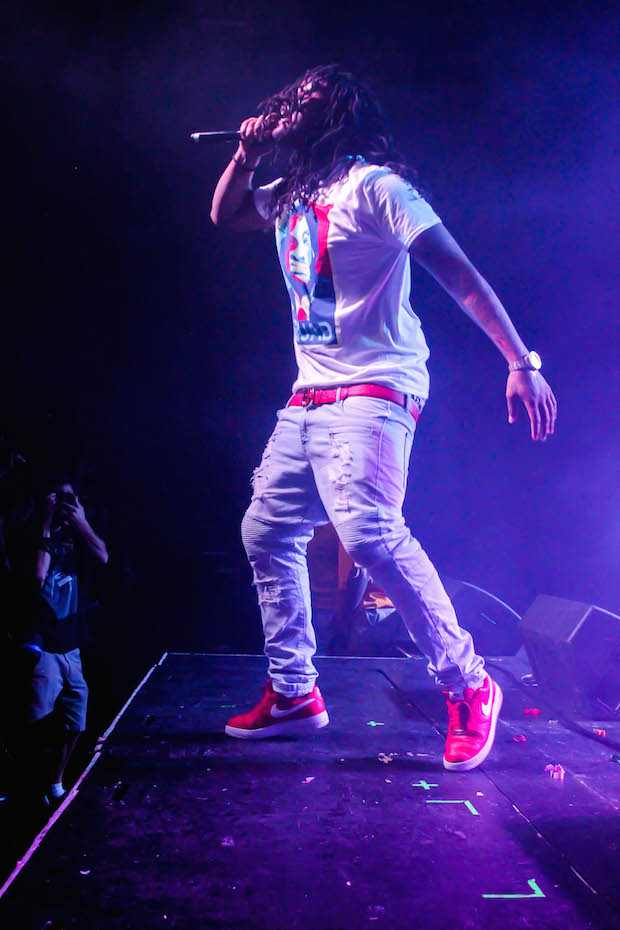 After a nearly 40 minute break between acts, the stage lights turned on and trap music began playing. A DJ came out and played songs the crowd could rap along to, such as A$ap Mob’s “Work Remix” and “I Don’t Fuck with You” by Big Sean to hype things up. Once everyone became antsy for the headliner to appear, Waka and other smaller members of Brick Squad took the stage, the man himself boasting a “Waka Flocka for President” t-shirt. By this time, the room had filled up more and I fought through hundreds of rowdy people to watch. Without a doubt, it was well worth it though. This was my second time seeing Waka, though the first was before the release of his last album. This show was even better. He began by popping a bottle of champagne and pouring it onto the audience. He played hits such as “Young N****,” “Grove St. Party,” “Bang,” and “Rooster in my Rari.” After a few tracks, Waka dove into the crowd to interact more closely with fans. At all times, he was in the center of large circles of dancing people. Even I have to admit, being just a few feet from the rapper was pretty amazing. He made his way back on stage and requested all the lights to turn red. The familiar sounds of sirens and gunshots from his music played, as he rapped lines from various songs, before introducing his new single for Pixels: The Movie (with Good Charlotte).  The crowd really responded when the buildup for DJ Snake’s “Turn Down for What” remix played, and Waka rapped his part of the groundbreaking EDM/hip-hop crossover hit. He responded genuinely to fans by shaking hands and borrowing their phones to take selfies, also inviting hordes of girls on stage to dance. The rapper’s crowd interaction enhanced the experience and made it more intimate. Waka jumped off of speakers and never stood still on stage. More champagne was sprayed and his set closed out with “Hard in da Paint” and his most famous hit, “No Hands” before disappearing quickly while the music continued to play. It was refreshing to see a hip hop artist of good character and undeniable talent do what he loves.