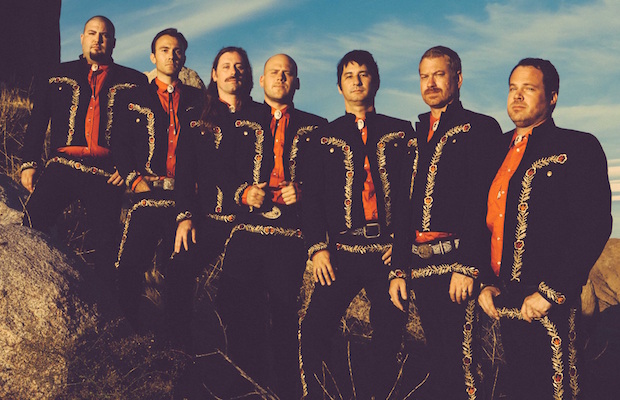 Los Angeles-based mariachi band Mariachi El Bronx, the alter ego of acclaimed hardcore punk group The Bronx, mix the traditional Mexican genre with indie pop on their new album Mariachi El Bronx III. The eight-piece group have been getting some positive attention for their new record, which is being hailed their best yet. The band have a reputation for giving wild live shows you wouldn’t expect out of a group filled with horns, fittingly touring with the likes of Flogging Molly and Gogol Bordello. They’re making a stop here in Nashville as a part of the Ink N Iron festival, which is taking place August 6-9 at Bicentennial Park. An indie mariachi band on the bill is just a taste of the diversity Ink N Iron has lined up for its first time in Nashville, a city it’s dubbed “the land of Elvis and Cash,” after years in Long Beach, California. You can sign up to win a pair of tickets to the festival as well as learn more about it here, and click through to watch the desert-set video for Mariachi El Bronx’s new single “Wildfires.”