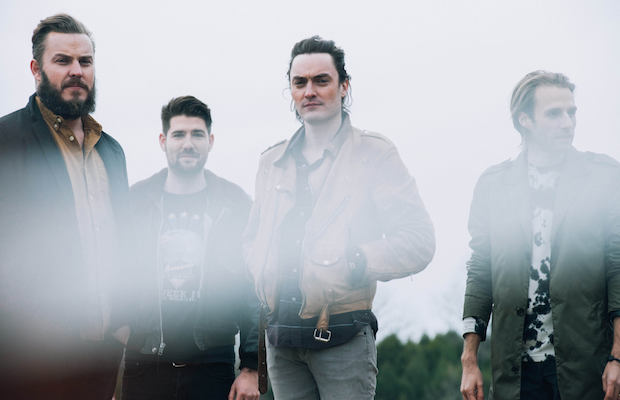 If you haven’t heard the news, this week marks the shift to a new global album release day, switching U.S. releases from Tuesdays to Fridays, and it seems to have a lot of people thrown for a loop (including us). The good thing about it, though, is that more album release parties can kick off the weekend like Civil Twilight’s in-store at Grimey’s will for you tonight, July 10 at 6 p.m. in celebration of their new album Story of an Immigrant. Read on for a full preview, and if you miss the band at Grimey’s, or you just leave yearning for the full experience, you can catch the locals (via South Africa) next Thursday, July 16 at their official album showcase at 3rd & Lindsley with Halfnoise and MYZICA. Details below!

Nashville-based by way of Cape Town, South Africa, Civil Twilight have been honing their craft for melodic alt-rock since 2007 with their debut album Human, and have toured with everyone from Evanescence to Florence + the Machine throughout the years. Their latest effort, Story of an Immigrant, suggests that their sound stays true to their South African roots while still exploring other musical styles. The first single, “Holy Dove,” is heavily synth-infused and reminiscent of the electronic rock of Muse, but still maintains the anthemic rhythms that Civil Twilight are known for. Check out the video for it below.

We’ve been keeping you in the loop about Zac Farro’s solo project Halfnoise for the past couple of years now. We most recently told you about his show at The High Watt a few weeks ago, and even featured Farro on an episode of the No Country For New Nashville Podcast, where we chatted about his musical journey, love of New Zealand, 2014 full-length debut, and plans for the future. So, if you’ve been ignoring our advice to go check out the former Paramore drummer’s new dense, indie-electronic sound, here’s your chance to finally fix that.

Local indie pop duo MYZICA will start off the night with their danceable ’80s-inspired tunes. Their debut self-titled EP was released earlier this summer and has stirred quite a buzz around town; definitely an indication that the new band are destined for a ton of success. Give it a listen below and be sure to get there early to catch their set.

Civil Twilight, Halfnoise, and MYZICA will perform Thursday, July 16 at 3rd & Lindsley. The show is all ages, begins at at 8 p.m. (doors at 6 p.m.), and tickets are available for $10. Civil Twilight will also host a FREE, in-store performance at Grimey’s on Friday, July 10 at 6 p.m.